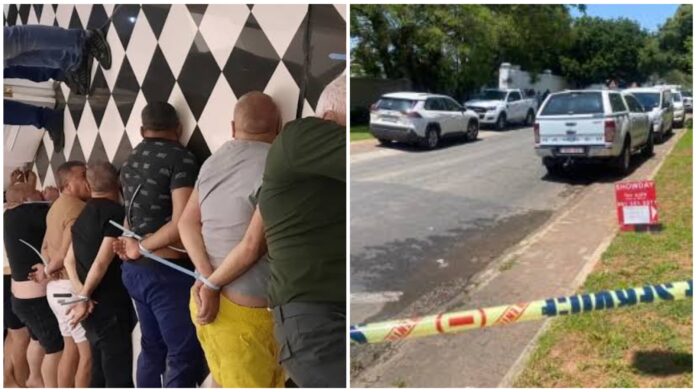 South African police have announced the arrest of an Israeli gang leader suspected of belonging to a mafia group and wanted for attempted murder.

The 46-year-old man is linked to a large criminal organization called Abergil, named after the brothers Meir and Isaac Abergil, extradited to the United States more than a decade ago, and since 2015 the target of an Interpol red alert.

South African police said “Israel’s most wanted man” was arrested in the early hours of the morning along with seven other suspects at a house in Bryanston, a wealthy suburb north of Johannesburg.

Photos and videos of the arrest released by police were widely shared on social media, showing burly men in shorts or pajamas sitting or lying face down on the floor with their faces covered and their hands cuffed in plastic.

According to information from their Israeli colleagues, the South African police say that the main suspect belongs to a “notorious gang involved in drug trafficking, extortion and other criminal activities”.

In 2003 and 2004, the statement read: “He allegedly planted a bomb under a man’s car twice in Israel. Five people were seriously injured as a result of the first explosion, but all miraculously survived.” In the second incident, again involving the same person, this time he placed a bomb on the roof of a vehicle, seriously injuring three people.