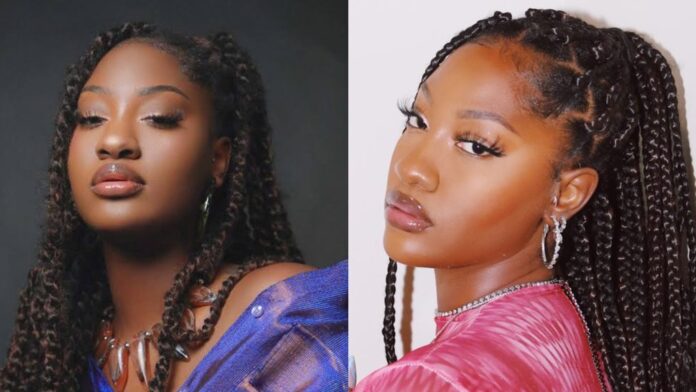 Nigerian artist, Tems, has become the first African female artist to debut at No. 1 on the Billboard Hot 100 with her appearance alongside Drake on Future’s “Wait For U.”

“Wait For U” is a single from Future’s new album “I Never Liked You,” which was released on May 5 and debuted at No. 1 on the Billboard 200 albums chart.

According to Luminate, “Wait For U” debuted with 40.2 million streams, 7.9 million radio airplay audience impressions, and 6,400 downloads sold in the tracking period of April 29 to May 5.

Tems is also the second Nigerian artist to reach No. 1; Wizkid was the first to do it in 2016 when he was featured on Drake’s No. 1 song “One Dance.” As a result of her appearance on Drake’s “Fountains,” she has also charted on the Billboard Hot 100. (No. 26 peak, September).

Recall that the singer had also broken several records with Wizkid on their hit song, Essence.

The Billboard Hot 100 charted “Essence” at No. 72 this week. It is the first song written entirely in Nigeria to chart on Billboard’s Hot 100.

“Essence,” a hit song by Wizkid and Tems, debuted at No. 82 on the Billboard Hot 100 chart, marking Tems’ first chart performance.

“Essence,” from Wizkid’s Made in Lagos album came out in 2020, as a predominantly English performed song with parts of its lyrics in Yoruba, an African language spoken mostly in Southwestern Nigeria. “Essence” is the first Yoruba-language song to reach the top of the global charts.