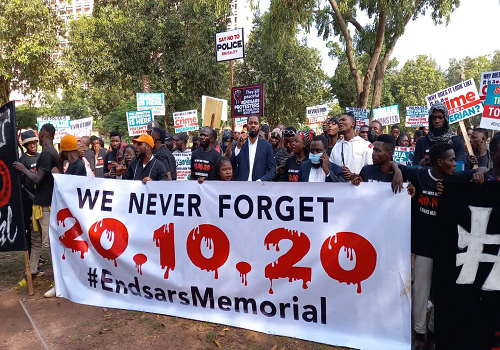 A post shared by ITS DON JAZZY AGAIN (@donjazzy)

The images you see above, is the current situation report from the one year remembrance of the victims of the lekki toll gate #EndSars protest against police brutality in Nigeria. The victims are still awaiting justice a year after security forces violently suppressed protests calling for an end to police brutality in Nigeria, Human Rights Watch said. 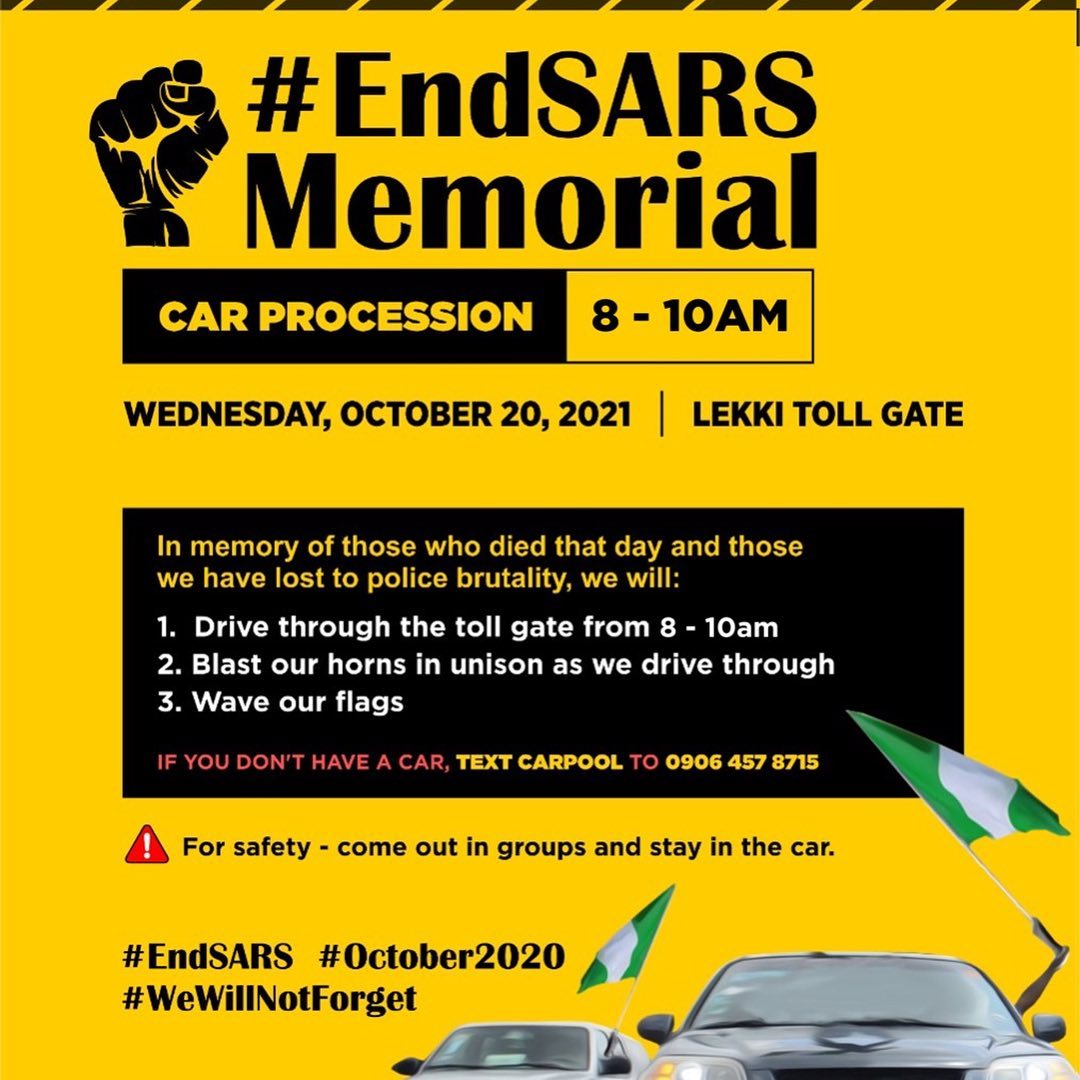 The #EndSARS protests which were held in October 2020 were against the activities of the now-disbanded Special Anti-Robbery Squad, a unit of the Nigeria Police Force which was accused of police brutality.

The epicentre of the protests was the Lekki tollgate in Lagos where many youths gathered day and night to air their grievances against police brutality and bad governance.

They were dispersed from the location by gun-wielding soldiers on October 20, 2020, an action which some quarters believe led to the loss of lives.

Arrests of some protesters

Operatives of the Lagos State Police Command have arrested some protesters at the Lekki tollgate; where the #EndSARS Memorial Protest held in the state today.

One of those arrested claimed to be a journalist while the other was seen carrying a placard.

The police had reportedly warned that anyone seen at the tollgate without an ID card will be arrested.

The arrested journalist told newsmen that he works with a media outlet and that his phone, driver’s license; and other documents were taken away from him.

Speaking from a Lagos State Task Force van where he was kept by the police; the journalist who identified himself as Abisola stated that he lost his ID card in transit.

About 30 police trucks and armed personnel are currently at the tollgate to enforce a ban on protests issued by the police command.

#EndSars Tales of Woe A Year After

People who survived the use of excessive force at Lekki and other locations had tales of woe about the aftermath. Human Rights Watch confirmed that a 32-year-old generator mechanic; died on the way to the hospital after the military shot him in the chest and stomach. Another protester, Wisdom Okon, remains missing. Their loved ones said that efforts to report what happened to the police or gather information from the authorities have been futile.

The brother of the man who died said:

“We feel bad but there is nothing we can do because we can’t fight the government. We tried to make a report at the police station after he died but they [the police] didn’t allow anybody near their stations, not even close to the gate, talk less of [reaching] the counter [inside the station] to make a report.”

Peace Okon, the sister of the missing man, said that she has been looking for her 18-year-old brother since October 20, 2020; when he was last seen by their neighbor at the Lekki Toll Gate protest site around 4 p.m. She suspects he may have been shot or injured at the toll gate and has since visited several hospitals; mortuaries, police stations, and a prison in Lagos to try to find him, to no avail.

She said officers at the police stations and the prison she visited wanted bribes before helping her. She said;

“I can’t report to anybody that I know will do the right thing. My mom has developed high blood pressure,; she calls me weeping, asking for her son… I am helpless and I feel responsible because I brought him to Lagos [from our village]. This our country is not fair, there is no justice for the ordinary man, the government has forgotten about those people who were killed or missing from Lekki Toll Gate.”

Human Rights Watch interviewed and inspected the wounds of four people who said they had gunshot wounds; and interviewed a doctor who confirmed that three people brought to the hospital; where he had limbs amputated after being shot at Lekki.

A 30-year-old events planner shot in his upper thigh said; “I am still alive, but we lost others in the struggle just because youths decided to speak up. If nothing is done to those that shot us; then it really means that our lives are nothing in this country.”

Despite repeated calls for accountability for abuses committed against protesters; According to the Civil group, Human Rights Watch; they have not been able to determine that any members of the security forces or police have been arrested or tried for their roles in the crackdown.