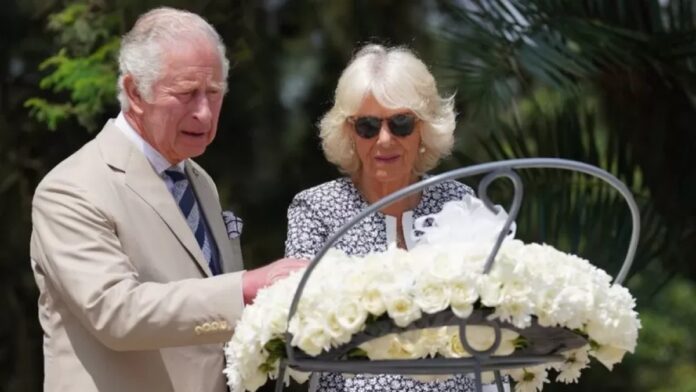 Prince Charles visits Rwanda to meet with Genocide survivors as well as visit museums dedicated to the event.

While the Prince is said to be in Rwanda ahead of a Commonwealth summit, he visited museums and areas dedicated to one of the most sensitive periods in Rwandan history, the 1994 genocide that led to the deaths of 800,000 people across the country.

According to sources, Hutu extremists in Rwanda murdered an estimated 800,000 people over three months in 1994. Though local estimates are higher, it is believed that they specifically targeted minority ethnic Tutsis and moderate Hutus.

The event was indeed a catastrophe of incredible and insurmountable effect on Rwanda. In remembrance of those who lost their lives as well as the damages to the nation, several areas were marked as memorial locations and museums solely recognizing the events of 1994.

While visiting several of such locations, Prince Charles appeared to have been visibly moved by the tales he heard from his tour guide, as well as the unfortunate sight before him.

Visiting an important sight, the prince saw the skulls of unnamed Tutsi males hanging above the coffin of a woman from the same ethnic group. According to Rwandan history, the woman died as a result of horrifying sexual abuse in the church’s basement.

The heir to the British throne had arrived earlier for a Commonwealth summit and is expected to spend at least one week in Rwanda.

Recall that the prince reportedly gave his comment about the intention of the British government to move refugees to Rwanda. Sources close to him claimed he wasn’t keen on the idea, which seems quite interesting as many believe his visit to Rwanda would bring up the controversial conversations about the subject.

The agreement between Britain and the east African nation was announced by the British government in April. However, the European Court of Human Rights intervened at the last minute to prevent the maiden flight from taking place last week.

The Commonwealth leaders’ conference has also been announced to include UK Prime Minister Boris Johnson, who will see Prince Charles on Friday morning. While Johnson is an advent supporter of moving Refugees to Rwanda, the Prince seems to be against the idea.

Nonetheless, the royals have been charged with a code that keeps them indifferent to such issues.

While visiting the memorial sites, The 73-year-old prince placed a wreath at the grave site after being shown where the victims were interred. A royal message in the native Kinyarwanda language is put on the card: “We will always remember the innocent souls that were killed in the Genocide Against the Tutsi in April 1994. Be strong Rwanda. Charles”

The prince then went to Mbyo Reconciliation Village, one of eight villages in Rwanda where genocide survivors and perpetrators coexist.