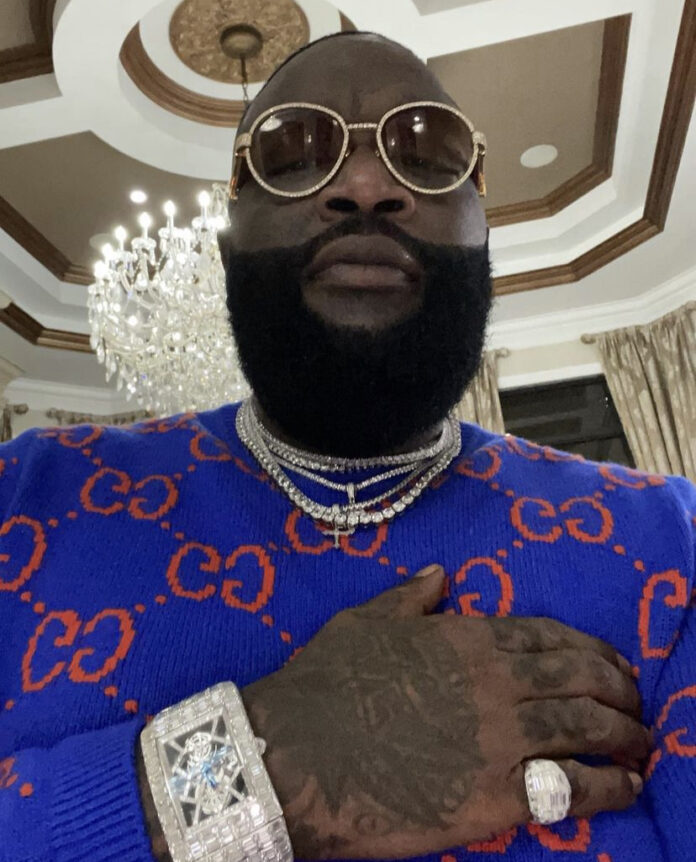 Rick Ross, an American rapper, spent Easter in Nigeria this year, staying in the nation for several days following his show in Lagos.

Rick Ross thanked his numerous Nigerian fans and celebrities in the country who attended his event last Thursday in a video he published on his Instagram story.

The American rapper expressed his admiration for Nigeria’s talent pool as he announced that his record company, Maybach Music, will sign two African artists this year to assist the continent’s music business thrive.

“After being in Nigeria the other night, I saw so much talent and so many fly artists and dope performers that it’s official. Maybach Music Africa, Rick Ross will be signing two artists. Better believe it from parts of Africa, so let’s stay in touch, let’s build.”

Rick Ross performed in Nigeria on Thursday at Eko Hotel and Suites, where he was joined by popular musicians such as Davido, Tiwa Savage, Mayorkun, DJ Obi, The Cavemen, Fave, and DJ Yin.Maybach Music Group (MMG) was founded by Rick Ross and is based in Miami, Florida.

In a recent announcement, CDQ, a Nigerian indigenous rapper known for releasing many of his rap tracks in the Yoruba language, announced that he was the only Nigerian rapper asked to perform at Rick Ross’ event in Lagos.

CDQ said that he was invited straight from America, and that the event’s organizers must have reviewed his music library before inviting him.

Despite not being an English musician, the rapper claimed he was honored to be invited.