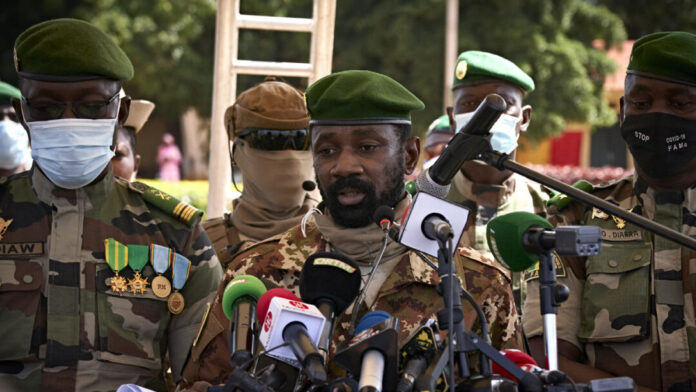 Mali’s army command has revealed that, an airstrike operation carried out in Moura has “neutralized” a group of terrorists including fighters of foreign origin, killing “a dozen terrorists” including a French-Tunisian jihadis in the center of the Sahel nation.

The army said it acted on precise information regarding a “group of terrorists” it said had come “to boost the morale” of GSIM fighters and provide support to them after their “serious setback at Moura.”

In a statement, the Malian Armed Forces (FAM) said it undertook “two air strike operations on April 14, 2022 to neutralize a dozen terrorists in the forest of Ganguel about 10 km.” from the village of Moura.

Meanwhile, the Malian troops earlier carried out a similar operation which resulted in the arrest of some foreign terrorist. “Military detachment from Diabaly carried out the arrest on April 10, 2022, of five suspects including three European nationals,” the command said in the earlier statement.

“These strikes made it possible to neutralize some cadres of the GSIM,” (the Group to Support Islam and Muslims) the biggest jihadi alliance in the Sahel, it said, “including Samir Al-Burhan, a Franco-Tunisian terrorist cadre.”

Mali’s military-dominated government says it “neutralized” 203 jihadis in Moura at the end of March, but witnesses interviewed by media and Human Rights Watch (HRW) say soldiers actually killed scores of civilians with the help of foreign fighters.

Ruled by a military junta since August 2020, Mali has been in a political crisis since 2012.

The spread of jihadis from the north of the vast, impoverished country has spilled into neighboring Burkina Faso and Niger, and the conflict has become more complicated with emergence of local militias and criminal gangs.

Thousands of soldiers and civilians have been killed in the conflict, and hundreds of thousands have been forced to flee their homes.

No photos or video to support either the account by Malian authorities or HRW have emerged from Moura since then.

The U.N. mission in Mali has for days been asking to be allowed to send a team of investigators to the area but without success.