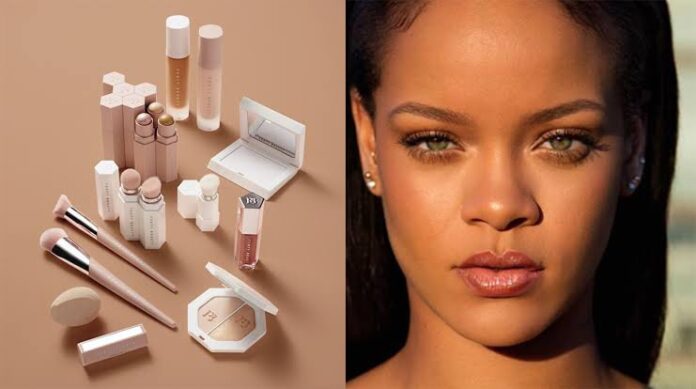 Robyn Fenty, popularly known as Rihanna, has announced the official launch of Fenty Beauty in Africa. The singer, entrepreneur, and soon-to-be mother announced her interest in the African market via a post on the Fenty Beauty official Instagram page.

The official announcement from the famous entrepreneur and cosmetic legend reads; “I’ve been waiting for this moment!! fentybeauty & FENTY SKIN are finally dropping in AFRICA!!!”. Botswana, Ghana, Kenya, Namibia, Nigeria, South Africa, Zambia, Zimbabwe…we comin at ya May 27th and that’s just the beginning!!! #FentyAfrica”

Rihanna’s dream had always been to create a brand that fits all women from different parts of the world, and she seems to have done so quite effectively. The music artist started the project first in 2017. However, what started with humble or little beginnings has since transcended its initial boundaries, reaching millions around the world, including in Africa.

Recall that the Fenty beauty merchandise had been labeled “Nigeria’s favorite cosmetic brand” of the year in 2021. According to Tajmeeli, a popular cosmetic surgery education site, Fenty Beauty was the most searched for cosmetic in Nigeria, thereby making it the most loved cosmetic product in the country.

Rihanna gained the title of Forbes’ richest female singer in August 2021 after the brand, in which she owns 50% of the shares, produced revenues of $550 million in its first year, significantly more than other celebrity-endorsed makeup lines.

According to Forbes, Rihanna is now worth $1.7 billion, making her the world’s wealthiest female artist and second only to Oprah Winfrey as the richest female entertainer. Her fortune, however, is not due to her singing. The value of Fenty Beauty, of which she now owns 50%, accounts for the majority of her riches (an estimated $1.4 billion).