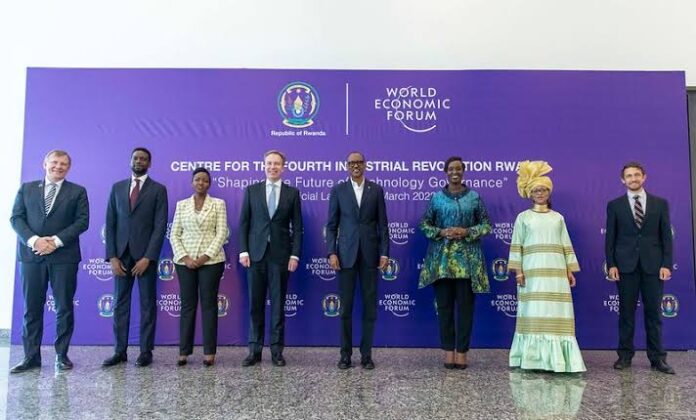 The Government of Rwanda has launched the first African Centre for The Fourth Industrial Revolution(C4IR); marking yet another milestone for Rwanda’s technology space.

The Centre is expected to boost Rwanda’s digital uptake by acting as a hub for innovation and growth; as artificial intelligence is the fulcrum of the fourth industrial revolution.

According to Paul Ingabire, Rwanda’s Minister of Information Communication Technology and Innovation; “The vision of this center is to shape the trajectory of Rwanda’s digital transformation through progressive technology governance that is agile and human-centered; to respond to the most pressing challenges for us as a country and for the broader benefit of Africa.”

The First African Centre for the Fourth Industrial Revolution

“The launch of this centre is enabled by investments that we, as a country, have been making in science and technology. I hope the center will build on this by making the Fourth Industrial Revolution an equalizing force; and contributing solutions to some of today’s most pressing challenges.

We are very happy to have the World Economic Forum as a partner in this crucial and other endeavors,” Rwandan President Paul Kagame during the launch of C4IR.”

Rwanda has witnessed substantial growth in its technology sector, thereby becoming a competitive hub for investors. Efforts by the government and its partners to support innovation have also seen an increasing rise in innovative products; meant to solve various challenges for the country and the continent.

“Our continent has a unique competitive advantage which stems from an undeniably entrepreneurial spirit that is built-in to our young generations.” Said Ingabire. “Through focused investment and policymaking, we can harness this spirit to solve problems; that address underserved communities who make up the majority of the world’s population,” he added.

The government of Rwanda has over the years, consistently and deliberately worked; to nurture progressive technology-oriented ideas from its youthful population.

In 2019, the country also launched a locally built-from-scratch high-tech smartphone, the first of its kind in Africa.

The smartphone was made by the Mara Group, thus making the Mara X model and the Mara Z model the first smartphones fully built-in Africa.