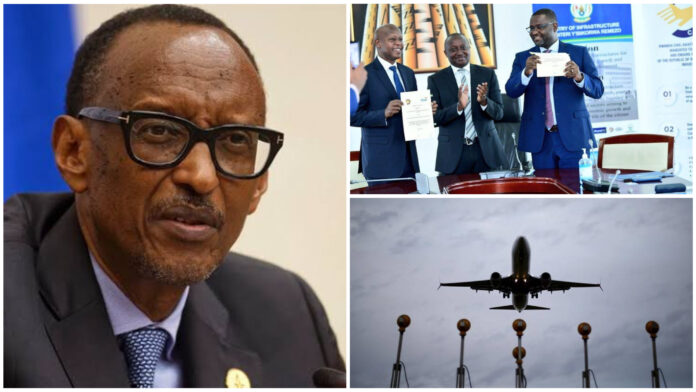 Rwanda will now have full control of its upper airspace, having been in the hands of the Tanzanian government for nearly three decades.

A document of surrender was signed by both governments last week after Rwanda announced its intention to withdraw and assume its responsibility to provide air traffic services directly into its upper airspace.

Silas Udahemuka, Director General of the Civil Aviation Authority of Rwanda (RCAA), and his Tanzanian counterpart Hamza Johari, together with Undersecretary of the Ministry of Infrastructure, Fidèle Abimana, and Barry Kashambo, ICAO Regional Director for East Africa and the South (ESAF), presided over the signing ceremony in Kigali.

According to the RCAA, the country’s “upper airspace” was delegated to Tanzania in 1973 for the provision of air traffic services.

However, officials said Rwanda had several reasons to reclaim its airspace, including improving security in the Kigali Flight Information Region (FIR) as well as meeting government requirements such as search and rescue (SAR) obligations.

After several coordination meetings led by the International Civil Aviation Organization (ICAO), Rwanda was authorized to proceed with the airspace acquisition process.

The ICAO is known to give control of the upper airspace.

According to Serge Tuyihimbaze, an aviation expert based in Kigali, countries delegate the provision of air traffic services for technical, operational, safety or efficiency reasons.

Tuyihimbaze, who is also the CEO of Leapr Labs, a local drone company, argues that being able to delineate airspace across national borders could add to the proposed value alongside the previous aspects.

“But the opportunity cost, I believe, is any obstacle that could result in the transfer of government sovereignty over airspace to the provision of air traffic services,” he said.

“Of course, politically it means a lot to have full control over your territory, whether in the air or on the ground, considering factors such as independence and others. And economically, when there is a high cost associated with providing such services, costs are saved! Or if real-time processing of air traffic data for future use is an option, innovations in data science could have a positive economic impact.”

According to Alex Nwuba, a regional aviation analyst, countries may not be willing or able to offer navigation services to each other in their upper airspace, in which case they delegate it to another country or authority.