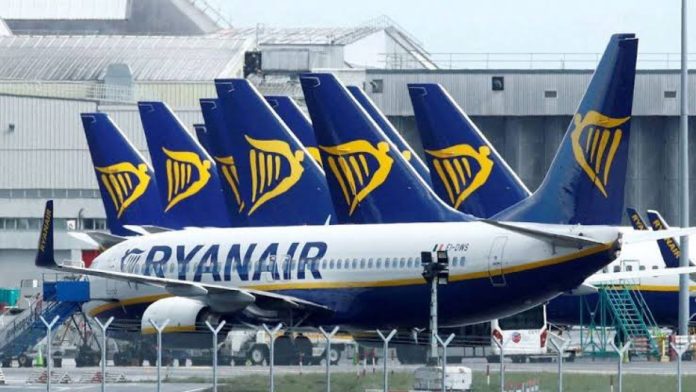 After earlier making it a requirement, RyanAir has finally dropped its insistence on an Afrikaans test for South African passengers.

The test was earlier made compulsory for South African passengers, who were required to prove their nationality before traveling. Passengers had to do this by completing a test written and answered in Afrikaans. However, after backlash from multiple South Africans, the airline has decided to drop the test.

Last week, the South African government expressed surprise at the low-cost carrier’s plan to require UK-bound passengers with the country’s passport to complete the test, describing the move as a “backward profiling system.”

Complaints continued to rise as the test was announced, especially since Afrikaans is spoken by only 12% of the country’s 58 million people.

South Africans also found the insistence quite disrespectful toward them due to the connections between the Afrikaans language and the country’s former white-led apartheid administration.

Among the most common and widely spoken South African languages are the likes of Zulu, isiXhosa, Afrikaans, Sepedi, Setswana, English, Sesotho, Siswati, and Ndebele. With a list, this long and diverse, South Africans wondered why one language was chosen as a sta darf for 58 million people.

Needless to point out that the airline does not fly to or from South Africa, but transports more passengers around Europe than any other airline that operates in a similar capacity.

Despite this, it referred to the South African government’s accusation of profiling as “rubbish,” but further stated the test had been scrapped.

According to the Chief Executive officer of the airline, Michael O’Leary, “The South African government has acknowledged that there’s a problem with the vast number of false or fake South African passports.”

While speaking at a news conference in Brussels on Tuesday, O’Leary explained that the test was necessitated by the growing number of false South African passports on a route between Turkey and Ireland.

“Our team issued a test in Afrikaans of 12 simple questions like what’s the name of the mountain outside Pretoria? They have no difficulty completing that, but we didn’t think it was appropriate either. So, we have ended the Afrikaans test because [it] doesn’t make any sense,” O’Leary said.

Recall the testimony of Zinhle Novazi, who revealed his disgust at the RyainAir Afrikaans test last month. According to sources, when traveling by Ryanair from Ibiza, Spain, to London on May 29, South African lawyer Zinhle Novazi was put to the test, which included naming the country’s highest mountain, the largest city, and one major holiday.

The lawyer recalled the 1976 Soweto revolt against South Africa’s apartheid administration, which was caused by the adoption of Afrikaans in schools. At least 170 people were killed as a result of police brutality during the protests.