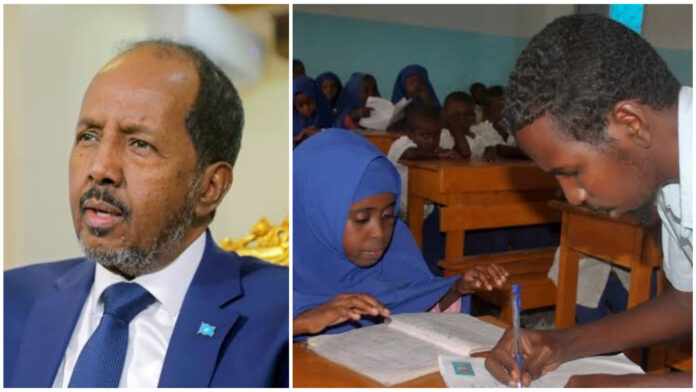 The move follows a quadrupling of Somalia’s education ministry budget in 2023. However, critics point out that funding for education remains weak and that insecurity and poverty have driven most Somali children to drop out of school.

President Mohamud’s New Year budget announcement was one of Somalia’s most ambitious education campaigns in years.

This year, Mohamud said, Somalia will hire an additional 3,000 teachers to address a shortage that has hampered learning.

In an interview with Voice of America, Somali Ministry of Education Director General Mohamed Hassan said there is an urgent need for teachers.

He says that over the past five years, 1,000 teachers in Mogadishu and all regional states combined have been on the government payroll. According to Hassan, the ministry’s latest report shows that only a quarter of school-aged children receive an education.

Hassan says that new teachers will be recruited with priority to regions of Somalia that have little access to education.

He says areas where there are very few madrasa students and also areas where Kharijites have been expelled will have special opportunities.

Kharijites, which loosely translates to “those who deviate from the Islamic faith”, is the term used by Somali authorities to refer to the Islamic militant group al-Shabaab.

Last year, Mahmoud declared all-out war on the Islamists, and federal forces and their supporters made gains by retaking areas under the group’s control.

Al-Shabaab-run areas in Somalia do not have access to Somalia’s formal education system, as the group imposes a curriculum based on a strict interpretation of Islam.

President Mahmoud promised in his New Year speech to eliminate the militants by 2023.

While it is the biggest education budget in years, critics say it still falls far short of the funds needed to educate the country’s youth.

Suad Abdullah is the founder of the Somali Institute for Special Educational Needs and Disabilities. She told VOA that insufficient funding is the main reason why most Somali children do not go to school.