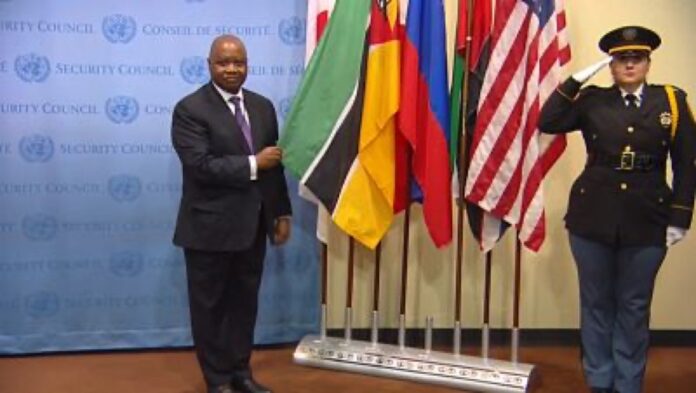 Mozambique was formally welcomed to the UN Security Council on Tuesday, winning the two-year term they won unopposed in June.

In a tradition started by Kazakhstan in 2018, ambassadors from five countries, including Ecuador, Japan, Malta, Mozambique and Switzerland, placed their national flags alongside those of other members outside the council chambers on Tuesday.

Mozambique Ambassador Pedro Commissario Afonso called it a “historic date” and Swiss Ambassador Pascale Bereswil said she felt a “profound sense of humility and responsibility” as their countries celebrated their first term in the most powerful body of the UN. Malta joins for the second time, Ecuador fourth and Japan 12th.

China, France, Russia, the United Kingdom and the United States are permanent members of the group with a veto. The other ten members are elected by the 193-nation General Assembly for a two-year term. It is customized by global regions.

For many countries, winning a seat on the Council is a distinct diplomatic achievement that can raise a nation’s global profile and give small nations a greater voice than they would otherwise have on key international peace and security issues of the day.

The Council deploys peacekeeping missions, can decide on sanctions and – occasionally – discuss conflicts and sticking points, but also look at current issues such as terrorism and arms control.

While many issues are permanently on the agenda, Board members can also use the platform to highlight new interests or topics of particular interest to them.

States often campaign for the council for years. About 60 countries have never held a seat since the group’s creation in 1946.