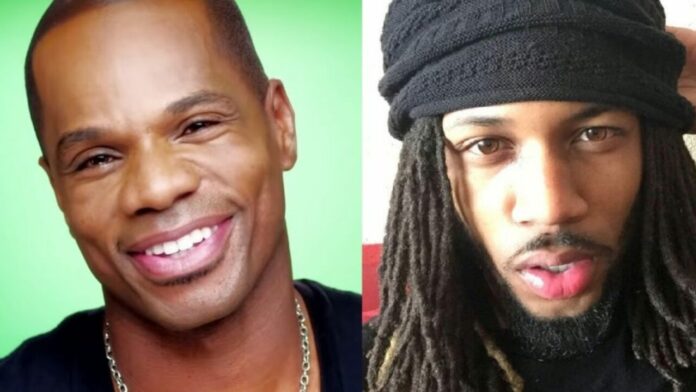 Kerrion Franklin, the estranged son of well-known gospel artist Kirk Franklin and a reality star on Bad Boys recently got arrested and is being held without bond.

According to court documents from Beverly Hills Police, Kerrion was arrested around 7:30 a.m. on Sunday, April 10.

He was allegedly driving a car belonging to a woman who was reported missing and is presumed dead.

A gun was also discovered in the automobile, but the 33-year-old insists the firearm isn’t his and that he has no connection to the woman in question.

However, Larry Reid of Larry Reid Live, an Atlanta-based entertainment news talk show, reported that Kerrion was “wrongfully detained” and was initially stopped by local authorities because of his taillight.

It appeared the arrest stemmed from charges filed in Texas, but Kerrion feels the charges were piled on after officers claimed he resisted arrest.

Kerrion spoke to Reid from jail:

“I’m just keeping my mind positive. I really do aim to live a righteous lifestyle, but all of this is unnecessary. I just want you guys to keep me in your prayers, “said Kerrion, according to Reid.

Kerrion first made headlines after he secretly recorded an argument between him and his dad, Kirk Franklin.

Kerrion also made headlines for saying he was abandoned by his parents, which his mother, Shawn Ewing, refuted.

Franklin’s family drama and Kerrion’s sexuality are the main parts of his storyline in the reality show, Bad Boys Los Angeles, on Zeus TV.

Kerrion Franklin was arrested immediately without bond. A Twitter user posted an alleged snapshot of the report even though additional details haven’t been released.

Kerrion spoke with Larry Reid from jail, addressing the situation.

He dodged a few of the questions and added that the police were trying to get him on false charges.

According to Reality Titbit, Kerrion is scheduled to appear in court on Tuesday, April 12, 2022.