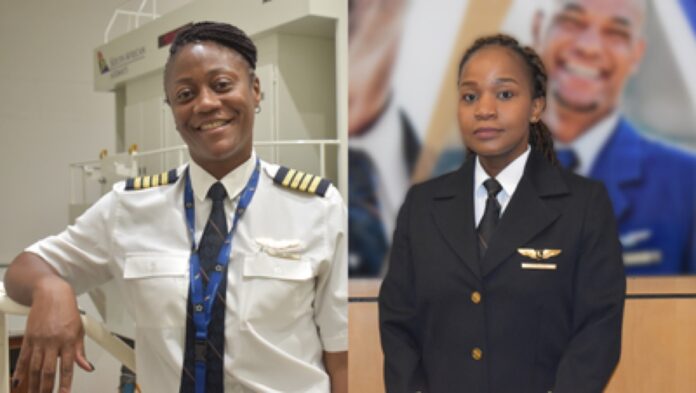 Two black pilots made history as the first two women to operate South African Airways (SAA) flights from Johannesburg to Cape Town for the first time in 88 years.

The airline created a significant pioneering moment in what is currently a heavily male-dominated industry for Captain Annabel Vundla and First Officer Refilwe Moreetsi.

Captain Annabel Vundla and First Officer Refilwe are the first black pilots to operate a flight with SAA, for the first time in 88 years.

SAA President and CEO Professor John Lamola said the airline is honored to be able to operate this historic flight as part of Transport Month.

“This is a milestone in the transformation of our national airline. The airline continues to show leadership in transforming the aviation industry and overcoming inequalities in scarce skills and job opportunities,” said Lamola.

The Air School said in 2018 that the airline industry has only 5% airline pilots and 3% of them are CEOs.

This historic flight can be an encouragement to young aspiring pilots who hope to not only chase, but do so and soar into the skies.

Mpho Letlape, human resources executive at SAA, said they are working to expand their diversity.

“South Africans can be proud of a national airline that truly represents our diversity and we celebrate that. SAA is a non-discriminatory, non-racist and equal opportunity employer with a strategic transformational role,” said Letlape.