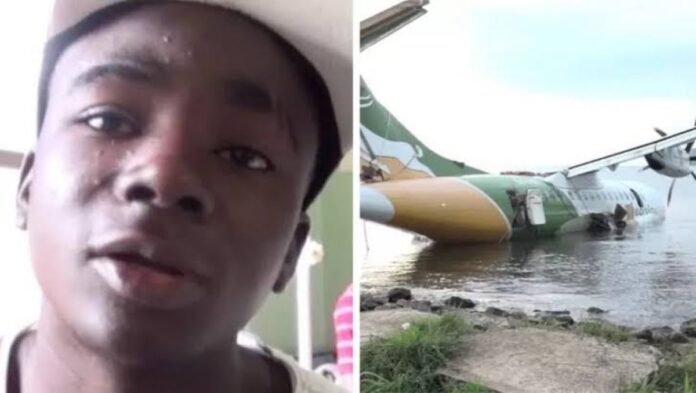 The Tanzanian government honored Tanzanian fisherman, Jackson Majaliwa, who was among the first responders at the scene of the plane crash in Lake Victoria on Sunday.

According to East Africa, Kagera Regional Commissioner Albert Chalamela presented the fisherman from the lakeside town of Bukoba with a cash gift of US$428 (equivalent to one million Kenyan shillings) on Monday.

Earlier in an interview with the BBC, the fisherman said from his hospital bed that he panicked when he saw the plane approaching from the wrong direction before crashing into the lake.

He rushed to the spot with three other fishermen and helped open the tailgate, smashing it with the flybar, which helped to rescue passengers sitting in the back of the plane.

Majaliwa then said that he went ahead and dove into the water. He said that one of the pilots put strips on the cockpit window and instructed him to crush them.

He says he got out of the water and asked airport security, who arrived, if they had any tools to break the screen.

“They gave me an axe, but a guy with a public speaker stopped me from falling and breaking the screen. He said they had already contacted the pilots and there was no water leak in the cockpit,” Majaliwa told the BBC.