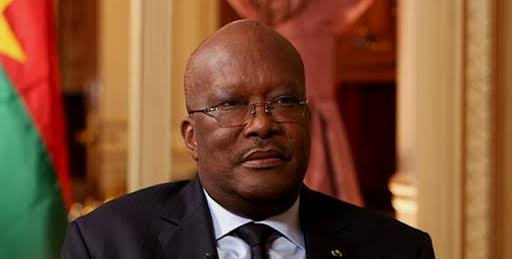 Amidst growing insecurity, the President of Burkina Faso Roch Marc Christian Kabore has in a decree; dismissed Prime Minister Christophe Joseph Marie Dabiré and also dissolved the government.“The functions of the prime minister are terminated, the government is dissolved,” a presidential decree said. There is however no indication yet of when a future head of government will be appointed at the time of this report.

President Christian Kabore had promised to bring “security and stability” to the country in his second and last term; and it has not looked like he has fulfilled his promise and so he faces growing anger from the population. Following the announcement by the government, Prime Minister Christophe Joseph-Marie Dabire; announced his resignation on his official social media handles. “Today I presented my resignation letter to the President of Faso, His Excellency Mr. Roch Marc Christian Kaboré, who accepted it,” he wrote.

Dabire added that, “I would like to first thank the Head of State for the confidence placed in my humble person and for the high responsibilities he has entrusted me with, for 3 years. I also thank my compatriots and all the members of the Government for the accompanying me.”

“In the context of strong popular aspirations, I invite the Burkinabès, as a whole, to mobilize; to support the President of Faso and the new executive that will be established. I remain convinced that it is in a unity of action that we can meet the challenges faced by our country and our people. Long live Burkina Faso.” he concluded.

This is a developing story and we will provide updates as the situation unravels.