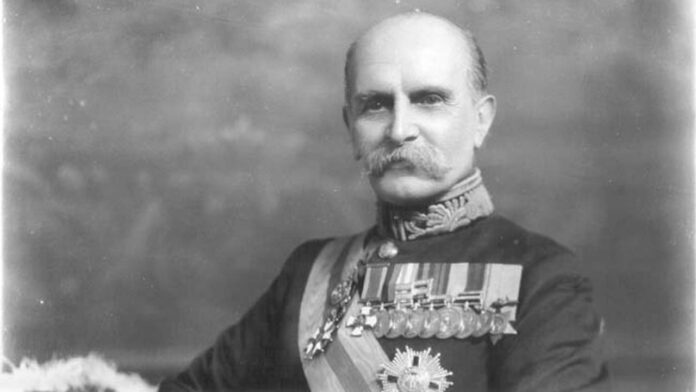 In 1914, a significant amalgamation by occurred that united many different tribes under the umbrella of a nation called Nigeria.

Amalgamation means the action, process, or result of combining or uniting.

As it concerns sociology, amalgamation is the process by which a minority group and a majority group combine to form a new group.

The North and South Become One

In 1914, the north and the south of Nigeria combined to become one country. This happened after the colonial powers had argued for hours on whether the north and south should be two countries or one.

Frederick Lord Lugard came to the region where Nigeria was located as a security officer of the Royal Niger Company. This company was in charge of all the riverine areas. Charter was given to them in 1885 to trade and make a profit in the south of Nigeria.

Other Kingdoms in Nigeria

There were many independent kingdoms in this region. A part of the list of independent regions was the Benin Kingdom, Bonny, Isoko, Efik, Calabar, Ukwuani, Urhobo, Ijaw, Itsekiri, Onitsha, & Igala.

The British wanted a way to bring all of these people groups under control. For this, they had military might. The Royal Niger Company was given jurisdiction by the British parliament to form its army. This army was called Constabulary and their function was to rule the natives who attempt to interrupt trade and to bring the area under control and establish civilization.

Lord Lugard was appointed to head the Constabulary force; he was a man from Scotland. He came to the region and exercised the mandate given him.

Massacre and Bloodshed in Other Areas of Nigeria

Using massacre and bloodshed, he conquered Lokoja, Igala, and other areas.

In 1894, he exercised his mandate as far as Sokoto where he squashed the rebellion there in blood. He exiled more than 350 women and children for life.

Lord Lugard carried out so many unpardonable atrocities in this region. He murdered innocent people efficiently and the British rewarded his ruthlessness.

The British carried out the occupation of Nigeria and Uganda at the same time. The people in Uganda also resisted the occupation.

Kings Who Resisted the Amalgamation

Do you remember King Pepple of Bonny?

He was kidnapped, arrested, jailed, and exiled overseas.

Do you remember Jaja of Opobo?

As king, he paid all the debts that African merchants were owing in one day. The British interpreted his action as the acts of a dangerous man. They thought, how can he pay the debts of all his fellow leaders. They responded by framing him. He was arrested and jailed.

What about Oba Ovonramwen Nogbaisi of the Benin Kingdom?

The Benin Kingdom is the oldest Empire after the Egyptian Empire. The British would have been unable to amalgamate Nigeria without subduing the Benin Kingdom. Read more.

Do you know Nana Olumu?

Nana Olumu was an Itsekiri/Urhobo man who owned a city in Benin River called Ebrohimi. He singlehandedly tarred all the streets. He had 5000 canons that he used in defending his city. The great Nana Olumu was a stylish man and forward-thinking. He was fluent in seven different languages namely Urhobo, Ijaw, Itsekiri, French, Spanish, Portuguese and Arabic. His father was from Benin River and his mother was from Urhobo, specifically Ekpan, Uvwie.

Other Nations That The British Subdued With Violence

The Uvwies were the greatest warriors in Urhoboland. The British feared Nana, knowing that his mother’s people were Uvwies and would mobilize for battle if he asked. So instead, they went and attacked Uvwie on the 1st day of September 1894 after many strategies.

They attack Effurun and other cities in the area a day before attacking Nana. Nana defended his city. One nameless man went and informed the British that he would show them another road into Nana’s city.

Nana had dug a canal around his city so that he would never be caught unawares. The man who betrayed and helped the British into Nana’s city caused his defeat. He escaped to Lagos and then to Gold Coast. (Gold Coast is today’s Ghana).

Nana was wanted by the British dead or alive. He surrendered many months later. He was tried and banished for ten years. When he returned, he built a new city. That city is present-day Koko in Warri LGA, Delta State.

While Nana of Itsekiri was gone, Pepple and Jaja of Opobo were defeated, the only other impediment to the British accomplishing their goals was Oba Ovonramwen of Benin Kingdom.

The British asked to see the Oba and he was informed that there was a festival and the Oba could see no one. The British got offended that he was being given conditioned. There was an invasion in 1897 on February 17.

When Benin had been conquered, a Unity government of the north and south was formed in that region.

In 1913 he was sent to Hong Kong, where he again massacred more people as was his signature. The more people he killed, the more he became valuable to the British.

He was the ideal murderer. He was considered a necessity to the British. Lord Lugard was promoted from security chief in the Royal Niger Company to the Governor-General of Nigeria.

The British withdrew the charter in 1910 to establish Nigeria. The critical point for this region was 1900 and 1914.

The advantage of Southern Nigeria

Southern Nigeria could boast of a tough economy. The north did not have this.

At the British Parliament, the parliamentarians did not want to use their resources in building Nigeria.

Bruce Harcourt, the secretary of states for the British colony wrote another memo. In it, he argued that in order to salvage the situation and be able to keep the two regions under their colony, they should merge the north and south as one country.

In the merger, we should make the north husband and the south wife – Bruce Harcourt

British law at the time stated that everything a wife owned belonged to the husband.

By that law, the plan was for southern Nigeria to produce the resources that would help run the north and south Nigeria. It has been 106 years and southern Nigeria is still the feeding bottle of the amalgamated country.

How the Derivation Principle Came About

During colonial rule, they reduced this to what is called derivation. If they earned money in their region, fifty per cent was returned to the producing area. This was the system in place between 1946 and 1960.

This law was revised in 1960, and the 1963 constitution. In this new derivation, if you owned River Niger, all of it belonged to you. The agreement was that the country would be a federation and not a unitary system.

This was a tidy federal government. The Nigerian constitution in 1979 was designed after the constitution of the American federation but it was not yet a federal constitution.

Northern oligarchies had benefited from years of this unearned goldmine. They did not want to be under a federal system.

Year after year, they continued to rule the country as military leaders carrying out the mandate of the British to continue feeding the north with the south. Even after the British released the country to an independent state, the strategy they used in creating the country has continued to plague the people.

They have been lucky that they have ruled the country for years as military leaders.

Also read The Forgotten African Kings Who Once Ruled India