The Forgotten African Kings Who Once Ruled India 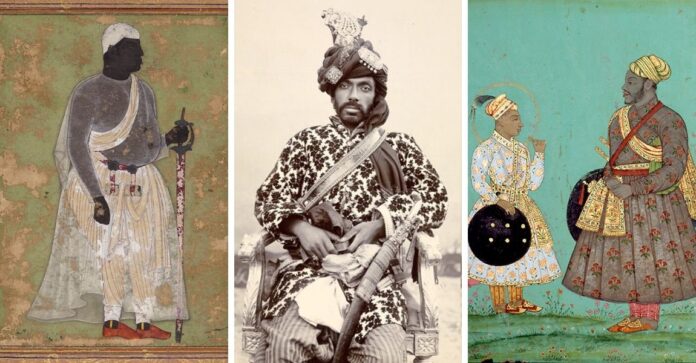 Little is known about one African king once ruling Asia talk less of the four forgotten African Kings who once ruled India.

One of the proofs of the existence of these forgotten African Kings who once ruled Asia comes from the words of Marco Polo, the well-known Venetian merchant, and explorer who traveled through Asia along the Silk Road between the years 1271 and 1295. He also documented all of his findings during his travels. 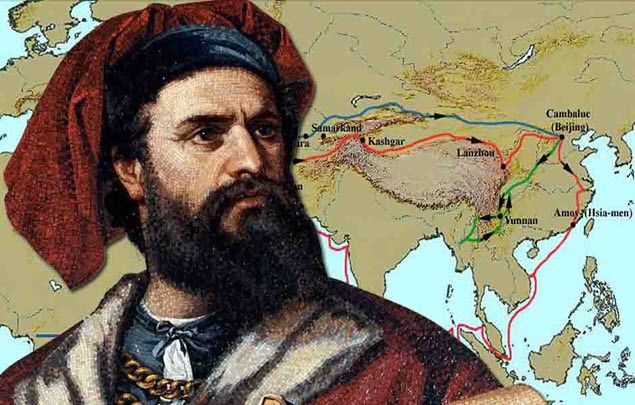 “…The darkest man is here the most highly esteemed and considered better than the others who are not so dark. Let me add that in very truth these people portray and depict their gods and their idols black and their devils white as snow. For they say that God and all the saints are black and the devils are all white. That is why they portray them as I have described.” – Marco Polo, after visiting the Pandyan Kingdom in 1288

Long before the foundations for Greece and Rome were laid, at least ten centuries before, there were proud and assiduous black men and women known as the Dravidian peoples.

They began a powerful civilization located in the Indus Valley. From these peoples, African Kings in India drove and dominated commerce, culture, and belief systems in the same region.

A renowned author of the book Afrocentrism: Myth or Science writes:

“Ethiopians have had very intimate relations with Indians. In fact, in antiquity, the Ethiopians ruled much of India. These Ethiopians were called the Naga. It was the Naga who created Sanskrit. A reading of ancient Dravidian literature, which dates back to 500 BC, gives us considerable information on the Naga. In Indian tradition, the Naga won central India from the Villavar (bowmen) and Minavar (fishermen).”

He went on to say, “The Naga were great seamen who ruled much of India, Sri Lanka, and Burma. The Aryans they described as half man and snake. The Tamil knew them as warlike people who used the bow and noose. The earliest mention of the Naga, appear in the Ramayana, they are also mentioned in the Mahabharata.”

This same author went on to describe the Naga people and their tribes. He talked about the discovery of the capital city being located in Dekkan. He talked of other cities that were located between Jumna and Ganges. The time was 1300 BC. 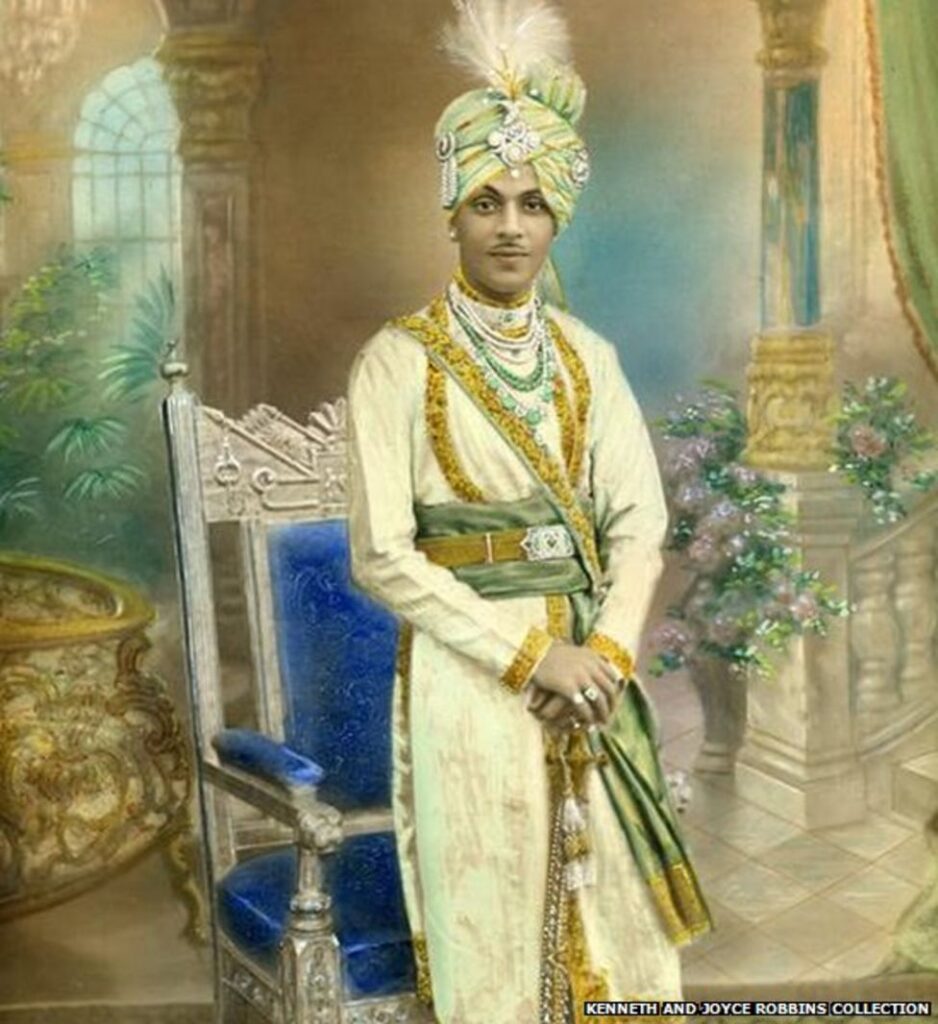 From this Dravidian classic book, the Chilappathikaram stated it clearly that Naganadu was the first great kingdom of India.

They reckoned that they were from the Kush-Punt/Ethiopia region. It was already widely known that the Puntites were the greatest sailors of ancient times. In the Kemetic inscriptions made on archaeological discovered artifacts, the writing makes a mention of Puntite ports of Outculity, Hamesu, and Tekaru. This tallied with the stories from Adulis, Hamasen, and Tigre.

Legends of India revere the Black race and acknowledge that they laid the foundation for Indian civilization. The holiest books of India affirm that enlightenment started in Ethiopia. The first god of India was a dreadlocked black man called Shiva.

Below is a list of the four kings who once ruled in India and the time in which they made their marks although forgotten.

Little is known about Shahzada Khoja Barbak, an Ethiopian who conquered the Bengal Kingdom and established the Habshi dynasty in 1487. We know that he was a Siddi and one of the forgotten kings who once ruled India.

The Siddi people also known as Sidi, Siddhi, Sheedi, Sawahili, or Habshi are an ethnic group found in India and Pakistan. They descend from the Bantu peoples of the East African region.

The records show that he was assassinated shortly after he came to power.  A man, Malik Andil Khan Sultan took his place.

When he assumed his throne, Malik Andil Khan changed his name to Saifu-d-din Abul Muzaffar Firuz Shah, and he proved to be a wise king.

Some coins were discovered by archaeologists bearing his name. He reigned from 1487-1490. He was successful in securing peace and comfort for his subjects. They knew him as one who was “matchless in his generosity” and “bestowed on the poor the treasures and largess of past sovereigns, who had hoarded the same with considerable exertions and pains.”

One story from the Bibliotheca India documents his sympathy for the poor:

The members of Government did not like this generosity towards the poor, and used to say to one another:

“This Abyssinian does not appreciate the value of the money which has fallen into his hands, without toil and labor. We ought to set about discovering a means by which he might be taught the value of money, and to withhold his hand from useless extravagance and lavishness.” Then they collected that treasure on the floor, that the king might behold it with his own eyes, and appreciating its value, might attach value to it. When the king saw the treasure, he inquired:  “Why is this treasure left in this place?”

The members of the Government said, “This is the same treasure that you allotted to the poor.”

The king said: “How can this amount suffice? Add another lak to it.”

When you visit a mosque today, you can still find a tower and a reservoir in the city of Gaur erected by him. He is worthy to be remembered and an honor to be counted among the forgotten African kings who once ruled India for this work.

The man Jamal rose to power in Delhi as a habshi, an African slave of East African descent. In those days, Muslim monarchs often employed African slaves as mercenaries and members of royal security teams.

Shortly after he was employed, the reigning sovereign Queen Raziya (1236-1240) the first female monarch of Delhi liked him. He was later promoted to the position of a royal courtier and rose to occupy the important post of superintendent of the royal stables.

The queen awarded him the honorific title Amir-al-Khayl (Amir of Horses). He also got higher positions such as Amir-al-Umara (Amir of Amirs). The Turkish nobility who had dealings with the people in India were discontented at these happenings.

The Muslim nobles and clerics already resented Queen Raziya for being a female ruler. Her proximity to an Abyssinian slave, who was considered inferior for his black skin to the Turkish nobles, who ruled the Sultanate. 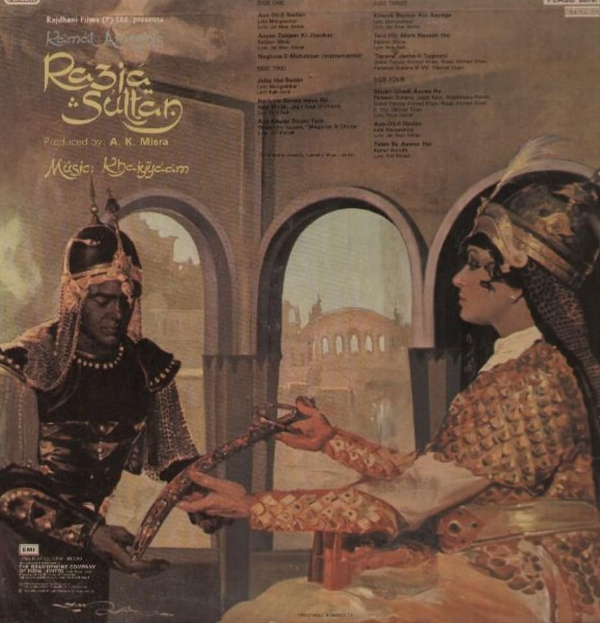 Her actions alienated the nobility and the clerics and shortly after they provoked open rebellion and conspiracy.

Those who hated him killed off Jamal al-Din Yaqut over time.

Malik Sarwar was described as a Habashi and became the governor of Jaunpur, a sultanate close to Delhi. He was given the title Malik-us-Shark (King of the East) and conquered and captured the Jaunpur province.

According to the records from the History of Medieval India, Part I (S.Chand & Co, 2007), “In 1389, Malik Sarwar was granted the title of Khajah-i-Jahan. In 1394, he was appointed as the governor of Jaunpur and received another title of Malik-us-Sharq from Sultan Nasiruddin Mahmud Shah II Tughlug (1394-1413).

Soon, he established himself as an independent ruler and took the title of Atabak-i-Azam. He suppressed the rebellions in Etawah, Koil, and Kanauj. He was also able to bring under his control Kara, Awadh, Sandila, Dalmau, Bahraich, Bihar, and Tirhut. The Rai of Jajnagar and the ruler of Lakhnauti acknowledged his authority and sent him many elephants. After his death, he was succeeded by his adopted son Malik Qaranfal, who took the title of Mubarak Shah”

They were all black Indo-Africans and they were called Habashis or the Ethiopians in India. In the period of their reign, there was peace and prosperity recorded in Jaunpur and the city witnessed remarkable achievements in the fields of art, architecture, trade, commerce, and education. 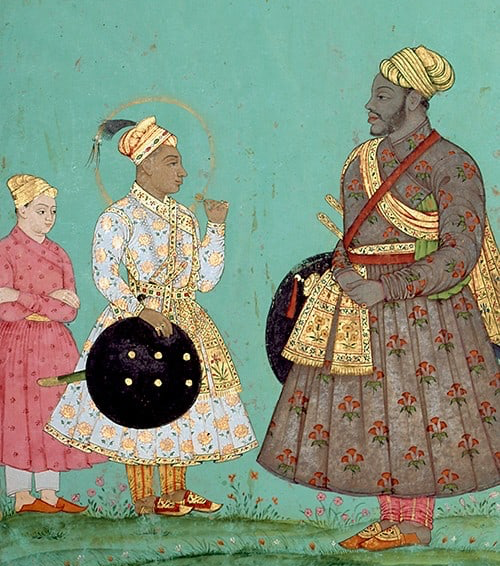 Amongst the most renowned Indo-African, one of them who was well celebrated was Malik Ambar (1550-1626). His real name was Shambu, and he was born around 1550 in Harar, Ethiopia.

After he arrived in India, he raised a formidable army and accomplished great power in the West Indian realm of Ahmadnagar.

He was a dynamic diplomat, tactician, and administrator. In 1950, Ambar broke away from Bijapur and built an independent mercenary army that consisted of over 1500 African, Arab, and local Dakani men.

He then joined the state of Ahmadnagar and further down the line he imprisoned King Murtaza II. Malik Ambar named himself a regent minister and he promoted minorities from different ethnic groups to key positions. He implemented financial, educational, and agricultural reforms.

“…he appears to have been the most enlightened financier of whom we read in Indian history.”

Ambar organized a 60,000 horse army, went to war with the Moguls, and pushed them back for the next 20 years. Dakan remained unconquered until his death.

In the 16th century, more powerful Habishi came on the political scene in India. Chingiz Khan, the prime minister to Nizam mul-Mulk Bani, the King of Ahmadnagar in 1575, was of African descent.

When the king died, his son Murtaza I led a successful revolt accompanied by many Habshis. He aimed to resist his mother’s claim to power. In 1595, during the reign of Murtaza II, his prime minister, Abhangar Khan was also a Habashi.

Although the Habshi communities have been reduced due to intermarriage with other Muslims, their influence on the nation of India cannot be denied. It is imprinted on the face of the people and their architecture.

Conclusion on the Forgotten Kings who once Ruled India

The men mentioned above are some of the Abyssinian, Habasi, Ethiopian and Dravidian rulers, leaders, and men of wisdom who helped shaped India.

The existence of these men only shows that there could be more African Kings and influential men when it comes to leadership. More research should be done to search out undisputable proof of the forgotten African Kings who once ruled India, in Asia, since we know Africa brought civilization to the world.