The history of Togo, a Country With Africa’s Longest Lasting Dynasty 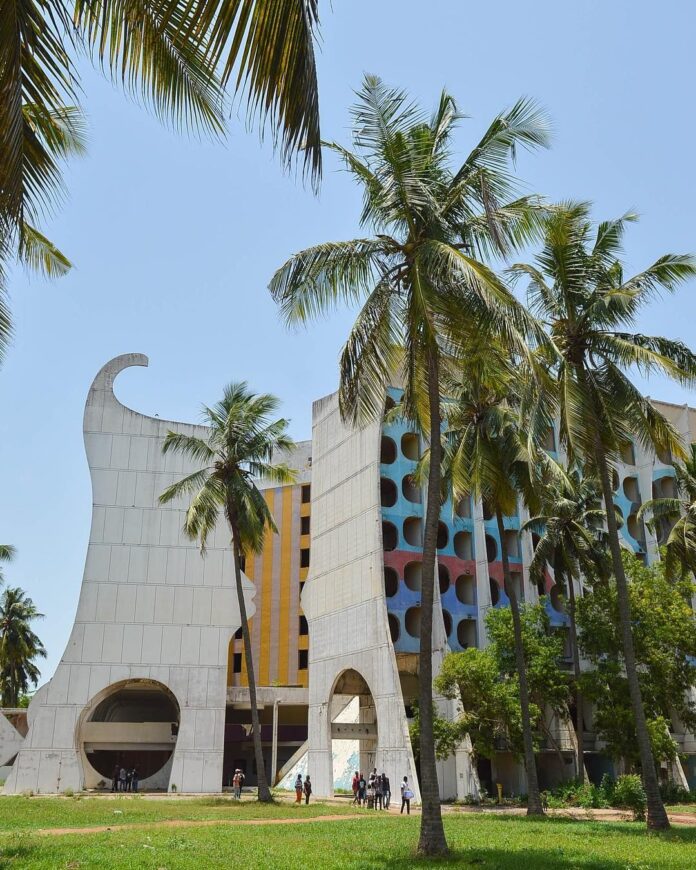 In Togo, the lingua franca is French and they have some of the most fascinating markets ever.

People travel from far and wide to buy goods, accessories, and artifacts to keep something that helps keep the beautiful memories that are made in the country.

What is the history of this beautiful nation that attracts tourists from the world over?

You can trace its history to sometime between the 11th and the 16th century. Archaeological finds show that the ancient man in Togo made pottery and processed Tin.

Tribes known as the Ewé, the Mina, the Gun, and other tribes moved into the territory. They settled towards the sea.

The Portuguese and other European powers arrived in the 15th century; It was a major slave trade center until the 19th century. They called it “The Slave Coast”.

The Ewe were from Benin, and the Mina and Guin were from Ghana. The various tribes did not relate to each other; the area consisted of groups of villages under military pressure from surrounding Western powers. These were the Ashanti of Ghana and the Dahomey of Benin.

João de Santarém and Pêro Escobar were the first Europeans to see Togo. They sailed along the coast between 1471 and 1473.  Togo had no natural harbors, thus, they traded at a small port called Porto Seguro.

As early as 1884, Germany claimed a protectorate by the sea and moved inland until they formed a colony called Togoland in 1905.

The protectorate of Togoland was the nation of Togo including much of the Volta Region of Ghana; this time was known as the era of the “Scramble for Africa.”

The German Commissioner for West Africa, Gustav Nachtigal, oversaw the inclusion of Togoland and Kamerun, He negotiated with King Mlapa III and gained control of the coast.

He had the cities Lomé, Sebe, and Aného, and France was the controller of neighboring Benin and they recognized German rule in the area on 24 December 1885.

They developed infrastructure such as a railway, roads, and the port in Lomé and it became Germany’s only self-supporting colony.

The colony was drawn into the conflict when the First World War began in 1914. The British and French invaded on August 8, 1914, while German forces surrendered on 26 August 1914.

In 1916, Togoland was divided into French and British administrative zones and Togoland was put under military rule.

When the war ended, Togoland became a League of Nations mandate and was divided for administrative purposes.

In December of 1956, the residents of the British Togoland opted to join the Gold Coast as part of the newly independent nation of Ghana 1957.

In 1960, French Togoland became the Togolese Republic, They adopted a constitution in 1961 and instituted a National Assembly of Togo; this was the supreme legislative body.

In 1946, during the Representatives Assembly elections, there were two parties, the Committee of Togolese unity (CUT) and the Togolese Part of Progress (PTP). The CUT was very successful and its leader, Sylvanus Olympio became the Council leader.

They then refused to take part in any elections that were supervised by the French from that point onwards, They claimed that the PTP received French support.

In 1995, French Togoland became an autonomous republic within the French union by statute; It retained its UN trusteeship status.

The CUT party boycotted the elections on 12 June 1955. Afterward, they granted Togoland more power over internal affairs, along with an executive body that was headed by a prime minister who was responsible for the legislature. These changes were enclosed in a constitution-approved 1956 referendum.

On 10 September 1956, Nicholas Grunitzky became Prime Minister over Togo. Due to irregularities in the polls, an UN-supervised parliamentary election was fixed and held on 27 April 1958.

It was the first election with universal suffrage won by an opposition party. The leader of CUT, Sylvanus Olympio became the Prime Minister.

On 13 October 1958, the French government announced that Togo would be granted full independence.

On 14 November 1958, the declaration by the French government was acknowledged by the United Nations General Assembly. The trusteeship period would end in 1960.

On 5 December 1959, the United Nations General Assembly determined that the UN Trusteeship Agreement with France for Cameroon would end following Togo’s independence on 27 April 1960. It was a smooth transition and Togo broke its constitutional ties with France. They shed their UN trusteeship status and became fully independent with a provisional constitution and they had Sylvanus Olympio as president.

Independence and Turmoil in Togo

A new constitution was adopted by referendum in 1961. This established an executive president who would remain in power for 7 years. However, the National Assembly was weak.

The president had the authority to appoint ministers and dissolve the assembly. He had a monopoly of executive power.

During the elections, Grunitzky’s party was disqualified and so Olympio’s party won all of the votes and got all 51 National Assembly seats; Thus, he became Togo’s first elected president.

At this time, there were only four principal political parties in Togo namely the leftist Juvento, the Democratic Union of the Togolese People (UDPT), the PTP formed by Grunitzky but the party did not have much support.

Only the Party of Togolese Unity, the current president at the time; Sylvanus Olympio had support. There was rivalry and internal conflict in the parties as early as the 1940s, this came to a head when Olympio dissolved all the opposition parties in 1961.

He said that there were alleged plots against the majority party government.

Sylvanus Olympio’s reign was marked by terror carried out by his militia known as Ablode Sodias. Opposition members such as Grunitzky and Meatchi were jailed or they absconded to avoid arrest.

On 13 January 1963, the president, Sylvanus Olympio was overthrown and killed in a coup d’état. The coup was led by non-commissioned officers in the army who were disgruntled with the conditions they faced after being discharged from the French Army.

Grunitzky returned from exile 2 days later to lead a provisional government bearing the title prime minister. On 5 May 1963, the Togolese adopted a new constitution by referendum. They reinstated a multiparty system and voted in a general election to choose deputies from all the political parties for the National Assembly.

Grunitzky was elected as president and Antoine Meatchi as vice president, A government where all parties were represented was formed nine days later.

Unfortunately, his government became insecure in the later years. On 21 November 1966, an attempt was made to overthrow him. Civilian political members of the UT party inspired this and It was unsuccessful.

Grunitzky minimized his reliance on the army following this event. Still, on 13 January, a coup by Lt. Col Étienne Eyadéma, and Kléber Dadjo was successful. This was with no bloodshed.

The way forward for Togo

In 1967, military leader, Gnassingbé Eyadéma overthrew Grunitzky in a bloodless coup. He became president and created a one-party system in 1969.

After the coup, they banned political parties and suspended all constitutional processes. Dadio was the chairman of the “committee of national reconciliation”. They ruled Togo until 14 April 1967 when General Étienne Eyadéma became president.

At the tail end of 1969, a single national political party; the Rally of the Togolese People (RPT) was created. On 29 November 1969, President Eyadéma was elected president.

In 1972 via referendum, Eyadéma ran unopposed and confirmed his role as the president of Togo, He remained in power for 38 years and was succeeded by his son when he died in 2005. The military supported his son to be president.

Faure Gnassingbé held elections and won in 2005 but the opposition claimed it was a fraud, There was political violence and more than 40,000 Togolese fled to surrounding countries.

Faure Gnassingbé was reelected two more times. In 2017, the security forces had to suppress anti-government protests.

In the late 70s, President Eyadéma declared a third republic and transited to civilian rule. His cabinet was a mix of civilian and military rule, He got 99.97% of the vote in the uncontested elections held in 1979 and 1980.

In spite of minor opposition such as the 70-armed Togolese dissidents, who invade Lomé from Ghana in an attempt to kill him and students handing out anti-government tracts; he went relatively unopposed.

A national forum was agreed upon and because those who opposed president Eyadéma dominated it, they declared it a Sovereign National Conference.

Despite government harassment, the conference drafted an interim constitution and called for a one-year transition regime with the responsibility of organizing free and fair elections.

There was a lot of violence at this time and the opposition leader, Gilchrist Olympio who was the son of the slain president was ambushed and wounded by soldiers on 5 May 1992.

There was much killing and skirmishes in the years that followed.

The president died on 5 February 2005 onboard an airplane headed for France. He was going to treat a heart attack. It is said that he killed more than 15,000 people during his dictatorship.

His son, Faure Gnassingbé, who was the former minister of public works, mines, and telecommunications, was named President by the Togo military.

The international pressure from the African Union and the United Nations who denounced the transfer of power from father to son as a coup, caused Faure Gnassingbé to step down on the 25 February 2005.

On 24 April, an election was held and Faure Gnassingbé garnered 60% of the votes. The opposition leader, Emmanuel Bob-Akitani disputed the elections and declared himself the winner with 70% of the vote.

The announcement of the results of the election caused more violence. Gnassingbé was sworn in as president and he vowed to concentrate on development, common good, peace, and national unity.

In August 2006, he signed a Global Political Agreement (GPA) to end the crisis that began with the death of his father, The primary purpose was to prepare for a benchmark legislative election that was to have help on June 24, 2007.

Leopold Gnininvi was appointed minister for mines and energy. Leader of the third opposition party, Gilchrist Olympio, son of assassinated Sylvanus Olympio, declined to join his government; However, he agreed to participate in the national electoral commission and National Dialogue follow-up committee. Burkina Faso president, Blaise Compaore, chaired this.

Faure Gnassingbé was re-elected in April 2015, for a third term.  In February 2020, he was again re-elected for his fourth presidential term.

There are still accusations from the opposition. The Gnassingbé family has ruled the republic of Togo since 1967, They are Africa’s longest-lasting dynasty.