Timothy Weah, Son of Liberian President George Weah To Represent the USA In the World Cup 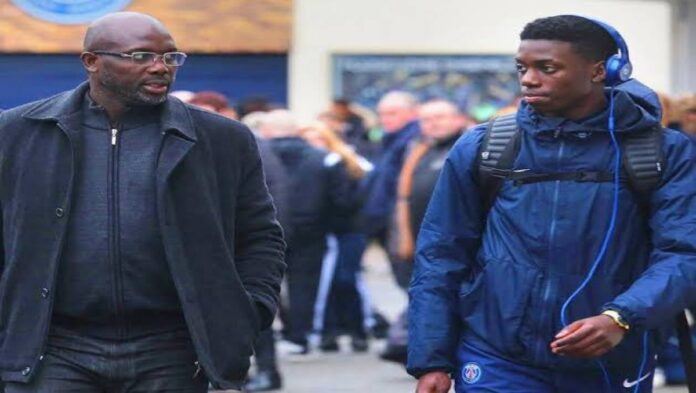 Timothy Weah, son of Liberian President George Weah, is among 26 players selected to represent the United States at the Qatar World Cup.

Born 22 years ago in Brooklyn, the 22-year-old is fulfilling a dream that not even his illustrious father, who won the Ballon d’Or in 1995, has: Tim Weah has worn the Stars and Stripes jersey 25 times since his Debut in March 2018.

He scored three goals, including one against Morocco (3-0) in a friendly last June.

He won’t be the only Liberian-born player to travel to Qatar, as manager Greg Berhalter has chosen to name Haji Wright, the young striker for Turkey’s Antalyaspor.

The United States will also count on the Ghanaian-American prodigy Yunus Musa.

Despite being one of the best players of his generation and representing the Liberian national team at least 75 times, George Weah never got a chance to play in the World Cup, but Timothy, with just a third of his father’s caps, would go in his first match also to play.

He and his brother George Weah Jr. have represented the United States at various levels, although he is the more established player of the two.

Eligible to play in France, Jamaica, Liberia, and the United States, he ended up choosing the path of least resistance for a national team career.