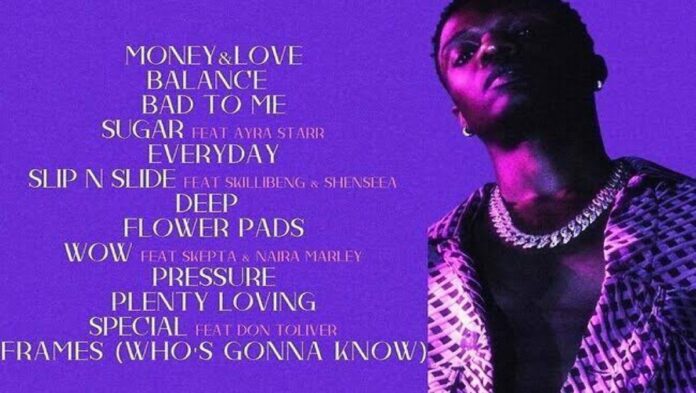 However, the album lags behind Burna Boy’s 2022 album ‘Love, Damini,’ which amassed 1.36 million streams on Spotify Nigeria on its opening day.

The 13-track MLLE comes 2 years after the widely successful album ‘Made In Lagos’ and features superstars like Skepta, Sheensea, Skilibeng, and Naira Marley, as well as fast-rising Nigerian sensation Ayra Starr.

His chart entry reflects his global superstar status and a notable rise in his profile following the release of Made In Lagos, which included the global hit Essence.

On the other hand, “Essence“, which seems to be one of the singer’s greatest chart-topping singles and features singer Tems, has sold over 3 million units in the United States earning its triple platinum certification.

According to the Recording Industry Association of America (RIAA) website, the under-five-minute track hit the milestone on Friday.