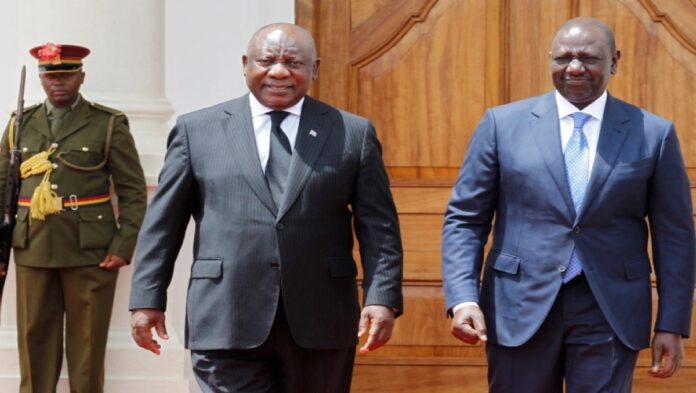 The presidents of South Africa and Kenya said on Wednesday they had settled a long-standing visa dispute and Kenyans could visit South Africa visa-free for up to 90 days a calendar year.

South Africans receive free visas upon arrival in Kenya, while Kenyans must pay a fee and provide proof of sufficient funds and return tickets.

The new agreement is scheduled to come into effect on January 1st.

South African President Cyril Ramaphosa was in Kenya on his first official trip to the country.

He and Kenyan President William Ruto welcomed the Ethiopian peace deal signed in South Africa last week and brokered by the African Union.

They urged the parties to “ensure the full implementation of the agreement to reach a lasting political settlement.”

The two countries are among the strongest economies on the African continent.