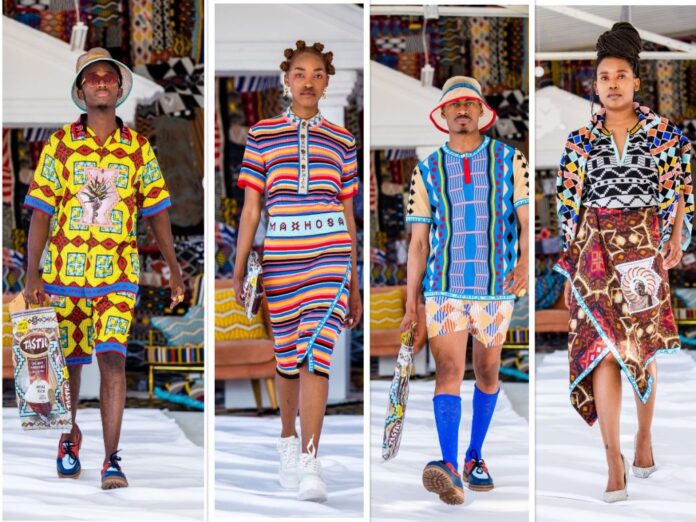 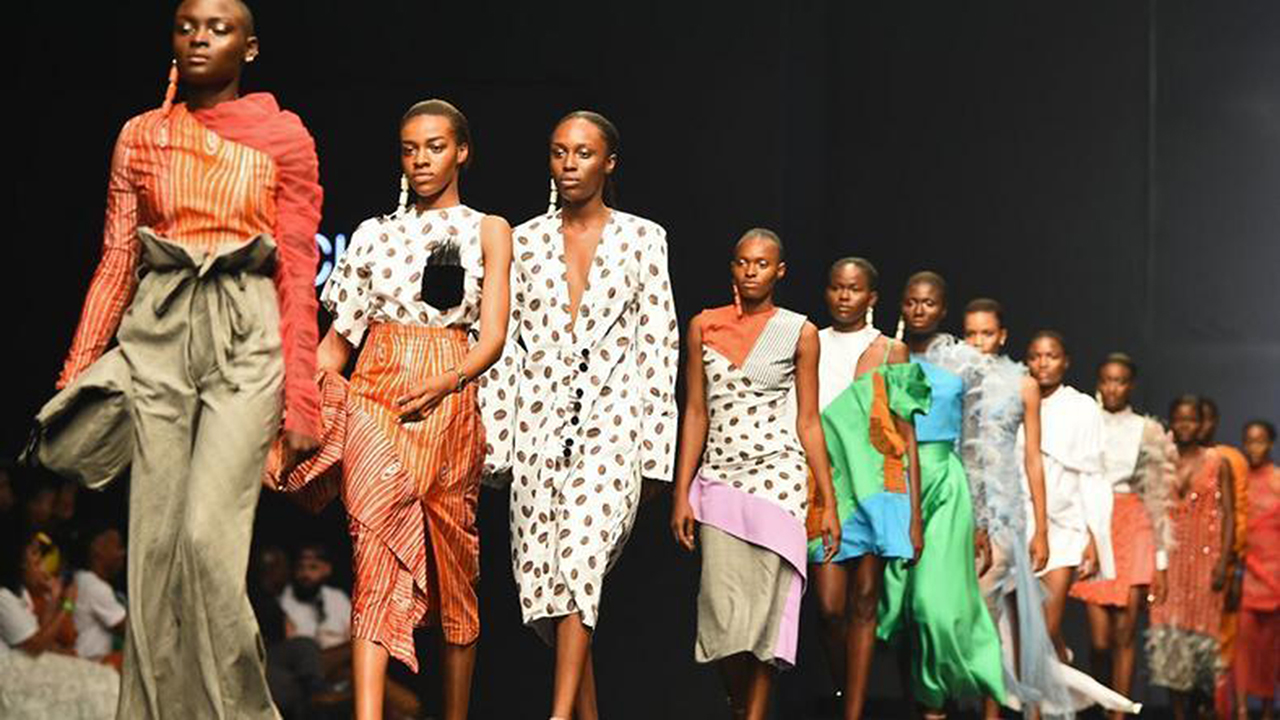 African fashion designers in the fashion industry today, have been breaking grounds, and showcasing our black culture and diversity to the world, through their creative work.

In no particular order, here are the list of top 10 African fashion designers you need to know. 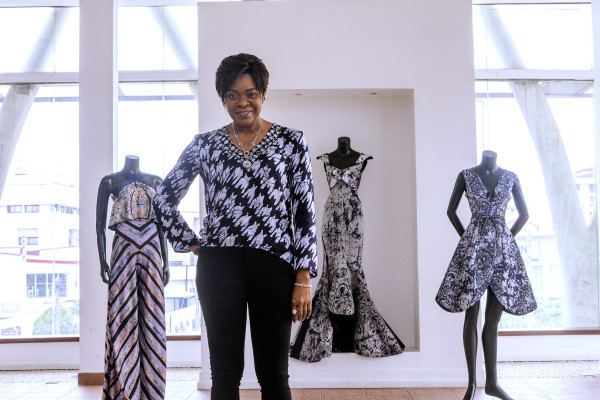 Deola Sagoe is a well-known Nigerian fashion designer, entrepreneur, and founder of The House of Deola Sagoe. Her distinctive method of designing vibrant and colorful prints has earned her global fans including noteworthy personalities such as Oprah Winfrey and Will Smith, who have acknowledged her for her celebration of African prints.

Having started her career in 1989, Sagoe had a Master’s Degree in Finance and Management and had studied at the both University of Lagos and the University of Miami.

She is a woman with numerous layers, which is seen in her multilayered designs. Her signature designs, Attitude, and Elegance draw their idea from fabrics with a traditional Nigerian touch and western aesthetics.

She designed the label, Odua, for her mom, who played a crucial role in popularizing her in the fashion industry. Her contemporary works include hand-dyed Adire fabric, which is created by Yoruba women. Her reputation extends beyond the African continent, earning her fame and respect.

Aside from showcasing her couture collection at Cape Town and New York Fashion Weeks, Deola won the MNET/Anglo Gold African Designs 2000 Award. Also, the United Nations World Food Program appointed her the Nigeria ambassador to the program, “Catwalk the World: Fashion for Food.”

This was conducted to raise funds in reducing, by half, the amount of starving people in the world, especially children by 2015.

Her three daughters, Teni, Tiwa, and Aba Sagoe, have taken after their mother and are now owners of the popular CLAN fashion label.
Sagoe thinks the African fashion industry has come a long way and there’s still lots of room for growth. 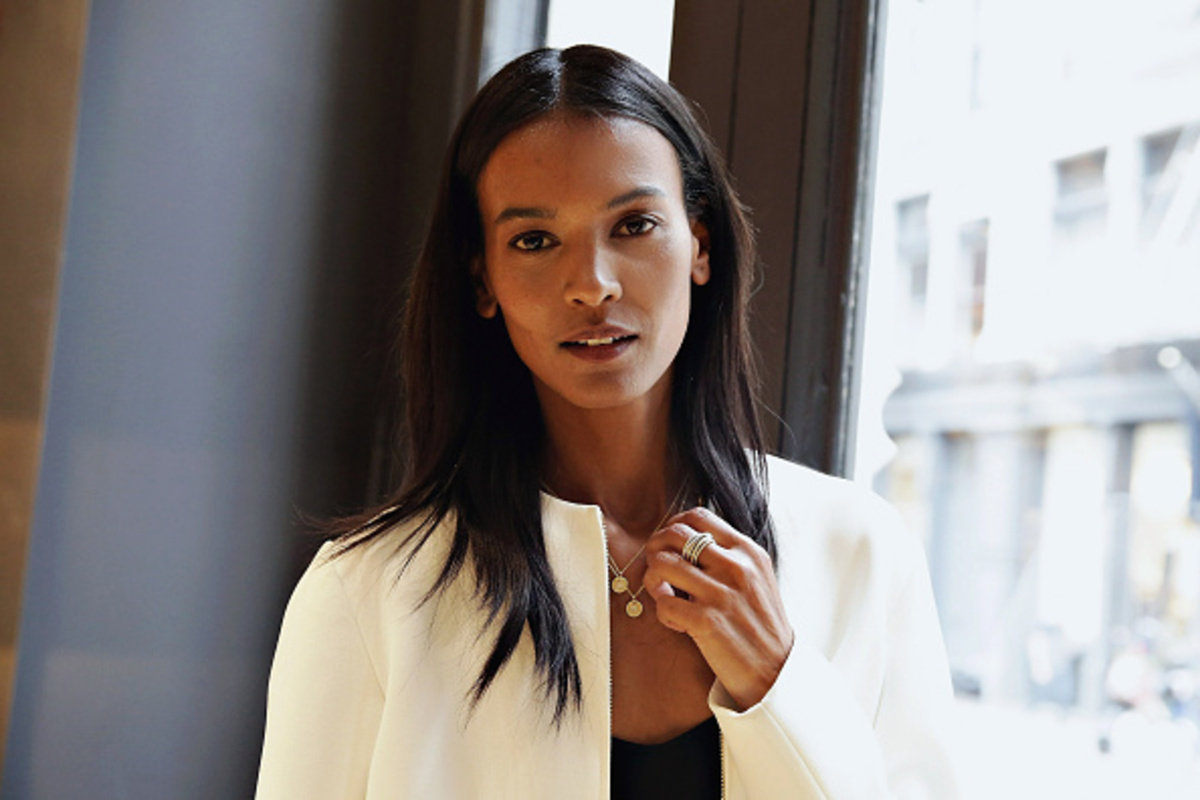 Her fashion brand is an eclectic combination of dresses, bottoms, tops, and accessories that are created from locally sourced fabrics and handcrafted by local artisans in Addis Ababa.

During her years as a model, she established herself in Paris’ modeling in less than a year after she arrived in the city, she walked for Ralph Lauren and BCBG Max Azria, which led to Tom Ford selecting Kebede personally to be a Gucci exclusive for Autumn/Winter 2000 season. 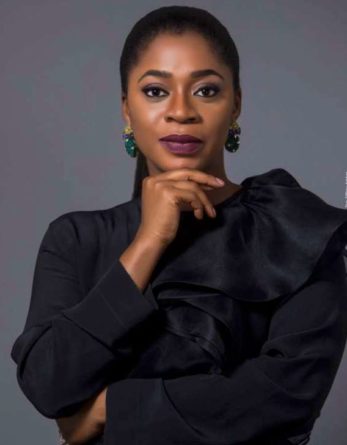 Folake Folarin Coker is the inventor of Tiffany Amber, a world-famous iconic brand whose journey started in Lagos in 1998.
Born in Lagos, she did her education in Europe (England, Scotland, and Switzerland), where she got an opportunity to interact and engage with several cultures while still at a young age.

Folake had a Master’s Degree in Petroleum Law from Switzerland, but as destiny would have it, her desirous enthusiasm for fashion drove her into fashion design. Her interest in cultures steered her love and attention to focus on extraordinary fashion designs that appeal to women of numerous tastes and preferences.

The fashion designer’s elegant and colorful creations have earned her global credit, making her the first African fashion designer to showcase her skill at the New York Mercedes Fashion Week two years in a row. She has also been famously featured by International media houses such as CNN, and in 2013, she received an Enterprise Award at WIE (Women, Inspiration, and Enterprise) Symposium. Also, she has made it onto the Forbes Power Women in Africa list.

In Nigeria today, she’s known to be among the top best African fashion designers in the country. 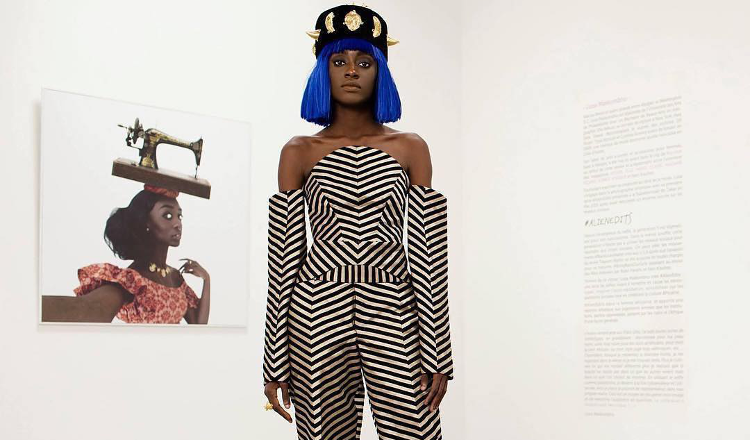 Ivorian Loza Maléombho is an Ivorian American fashion designer. She was raised between Abidjan, Côte d’Ivoire and Silver Spring, Maryland.
At age 13 she found interest in fashion while designing for her mother her aunts and her school uniforms.

Her fashion label is an eclectic celebration of the old and new, the traditional and the afrofuturistic 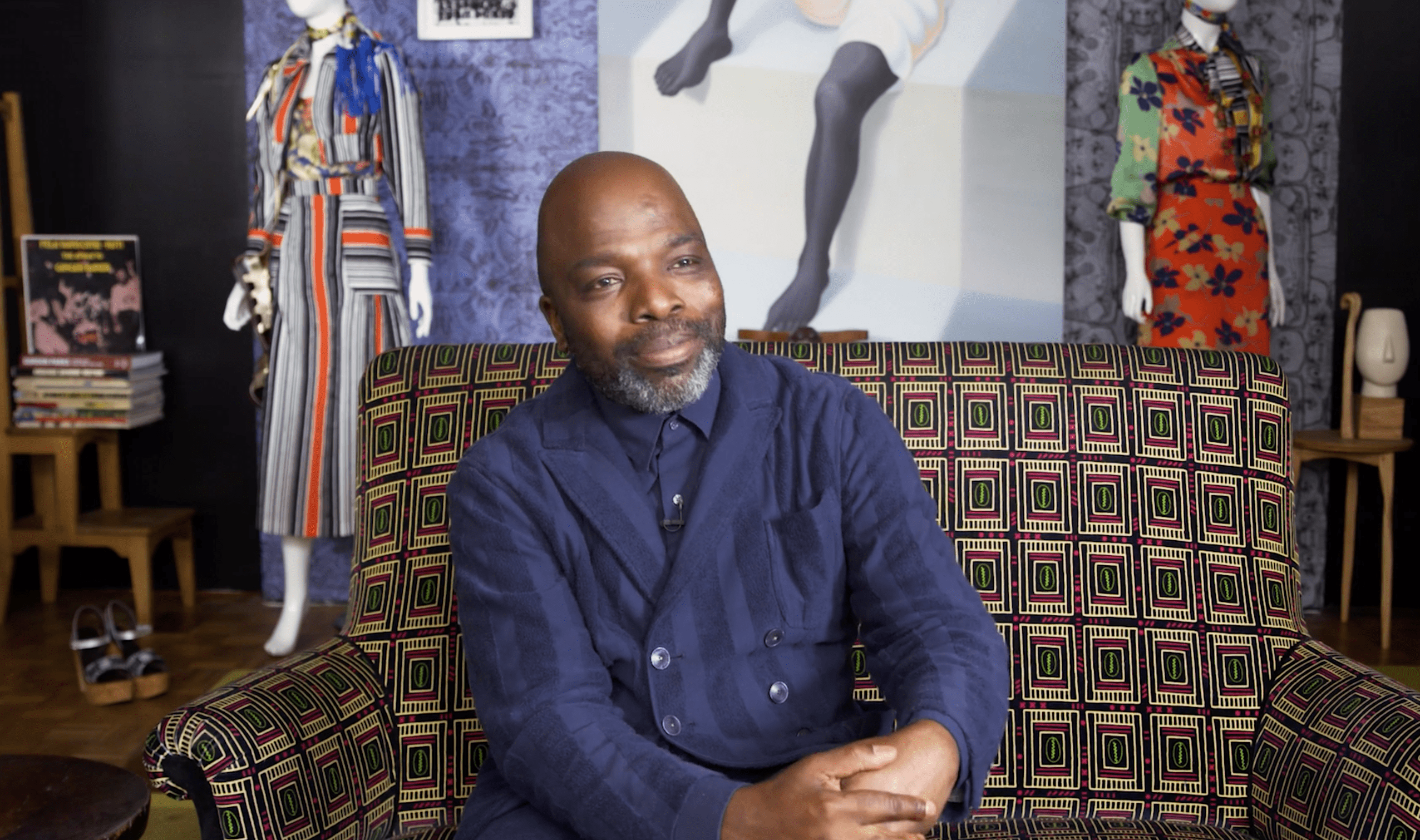 Duro Olowu is a Nigerian-born British fashion designer, best known for his innovative varieties of patterns and textiles that attracts inspiration from his international background.

Olowu spent his childhood traveling between Nigeria and Europe. From an early age, his enthusiasm for fashion was noticed from the clothes he made, worn by the women that surrounded him.

He is, undoubtedly, a well-respected Nigerian fashion design personality, well-known for his distinctive and colorful African prints. He’s super talented in working with patterns, and his designs incorporate the rich culture, spirit, and diversity of the Nigerian people.

Olowu’s talent has earned him global recognition with top clients to his name such as Michelle Obama, Solange Knowles, Uma Thurman, and Linda Evangelista, among others.

Despite being a lawyer by profession, fashion was Olowu’s, first love. During his career, he has bagged several awards further raising his profile in the global fashion industry. In 2005, he was the first designer to be named New Designer of the Year at London Fashion Week without staging a catwalk show. He became among the top African fashion designers across the globe.

At the African Fashion Awards in 2009, he was named the Best International Designer and was one of the six nominees for the Swiss Textile Federation’s top prize of 100,000 Euros. Both British and American Vogue in 2005 named his waist patchwork “Duro,” as the “Dress of the Year.” One of Olowu’s famous quotes is, “My job is not dictating to women what they should wear; it is presenting them with beautiful options.” 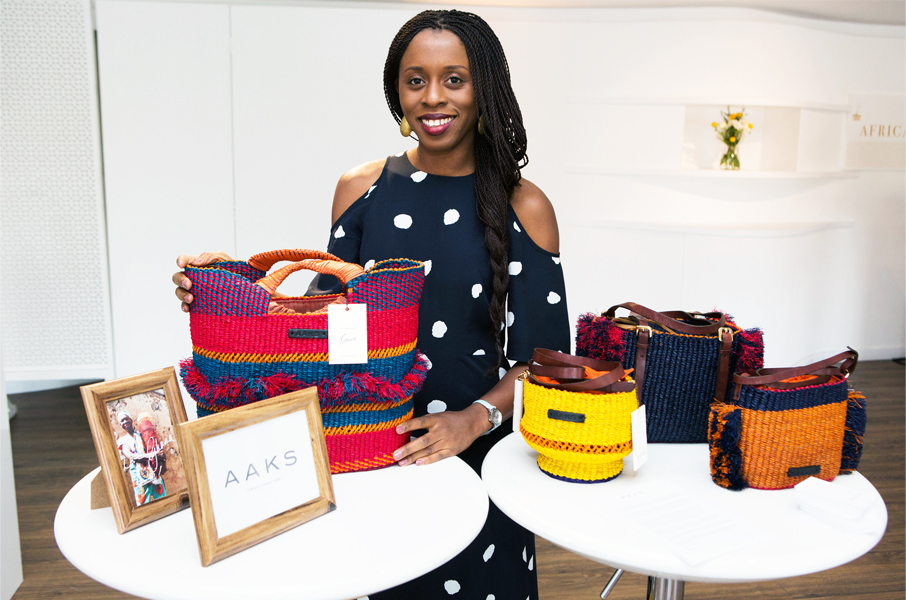 Akosua Afriyie Kumi is a fashion and home decor designer, who was born and raised in Ghana. She moved to the United Kingdom at the age of nineteen to get a degree in fashion design, and eight years later, she moved back to Ghana to launched the ethical fashion brand, A A K A (a line of handcrafted bags), which through the designs, represent the vibrant spirit of Africa

Using locally sourced materials like leather and raffia and engaging the work of local artisans, Akosua not only celebrates her Ghanaian heritage but also creates employment for local artisans.

Her bags are characterized by brilliant colors and unique styles each with a story to tell. 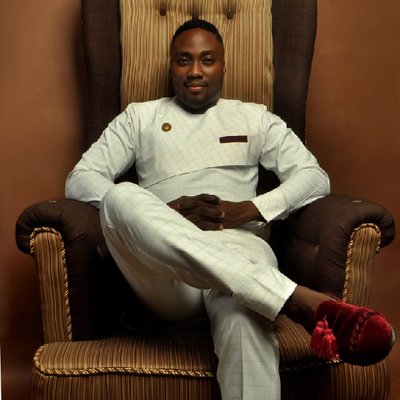 Soares Anthony is a creative fashion brand that specializes in creating clothes for men and women (bridal collections) but primarily ‘MEN’ such as traditional attire, agbada, bridal collections, English wear, casuals, suit, kaftan, and all kinds of outfit suitable for all occasions and climates.

His work draws inspiration from local Nigerian fabrics coupled with Japanese tailoring designs. His designs are masculine, yet modern and trendy by way of transforming an ordinary look into a sophisticated design that embraces elegance.

Anthony began to acquire his love for fashion when he was a young boy where he spent his time sketching and drawing. He loves to work with colors, and his awesome talent has seen his pieces worn by famous politicians and celebrities.
He is a talented fashion designer to watch out for as his name continues to cause ripples in both the local and global fashion industries. 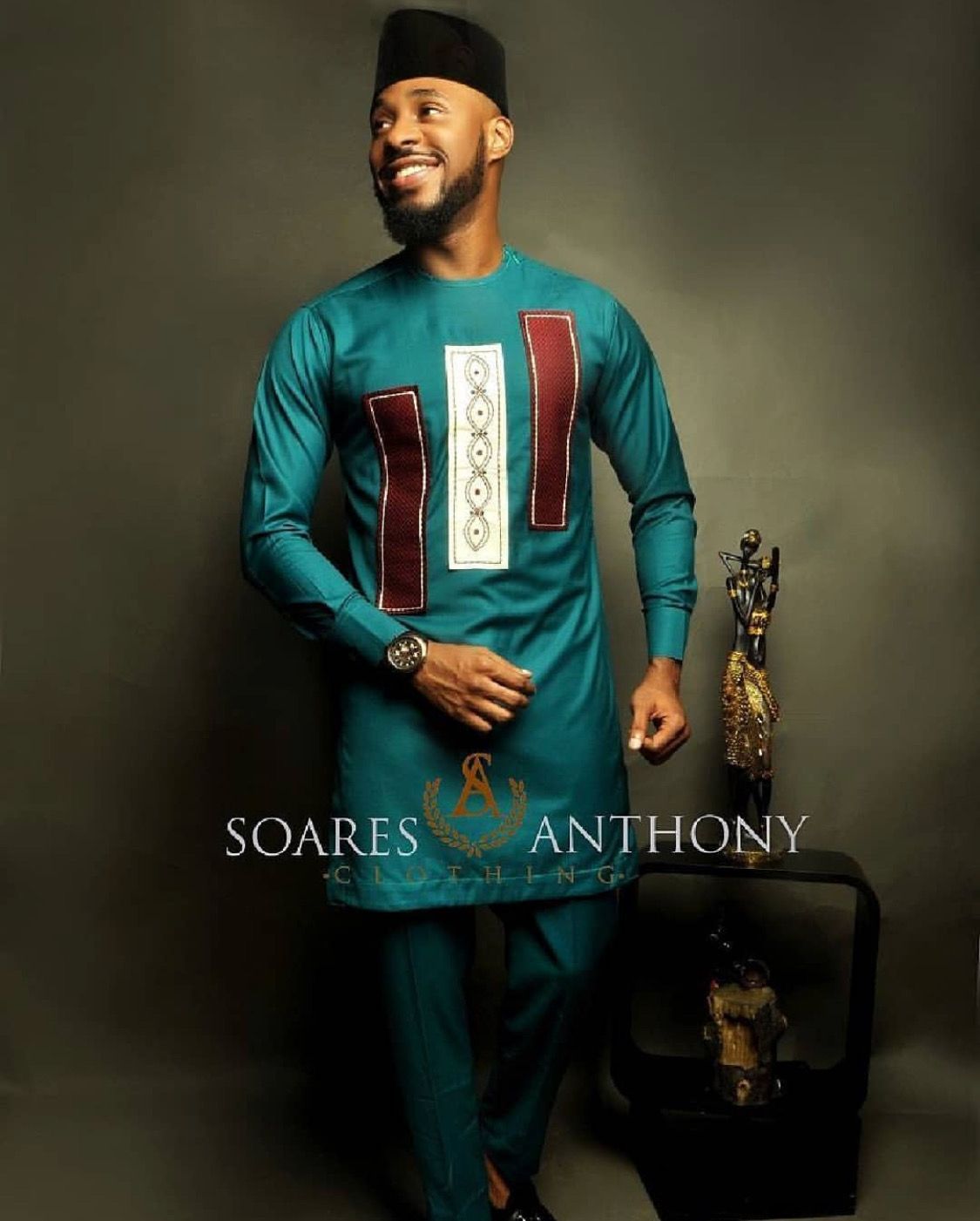 His pieces are also sold globally in the UK, US, and France. Anthony uses his talent to make an impact on the community through a mentoring program he runs that helps young and upcoming Nigerian designers excel and compete on a global platform. Nature, colors, and artwork are his main sources of inspiration. 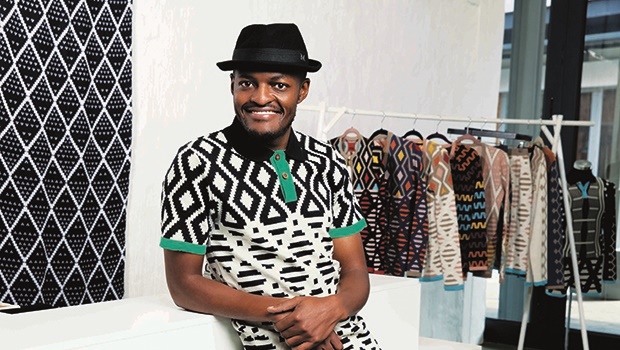 Laduma Ngxokolo is an award-winning South African designer, entrepreneur, and creative artist. In 2010 he founded and created one of the most ground-breaking designer brands in the history of South Africa.

His brand Maxhosa AFRICA is globally recognized with invites to showcase on international platforms like the New York Fashion Week. Laduma’s pride and creativity are reflected in the intrinsic pieces, he creates for Maxhosa Africa.

The designer himself is a world-traveled with an innovative eye while still rooted in Africa. His pieces are made of premium material with precision craftsmanship. 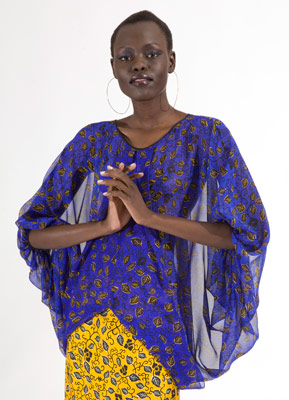 Lola Faturoti is a Nigerian-born, New York-based fashion designer with extensive experience and renowned international repute.
Faturoti, who hails from Ondo State, got her education in London before moving to New York in the early 1990s.

Her fashion journey began from childhood when she assisted her grandmother, who was also a fashion designer. “I got interested in fashion because my grandmother was a designer. She designed Nigerian traditional clothes. That was my first introduction to fashion, which I hated because I wanted to be out playing instead of picking out seams!”

While in New York, she was employed in the Charivari Boutique where the president of the company, Barbara Weiser, noticed her potential and passion for extraordinary fashion and helped her launch her first fashion collection. 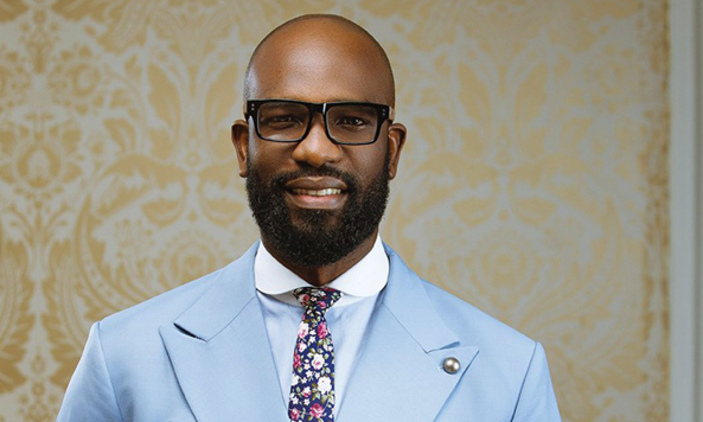 Ohimai Atafo Atafo is a Nigerian fashion tailor, noted for his brand, Mai Atafo. He rose into the spotlight among the top African fashion designers  after launching his brand, Mai Atafo, which has been successful both on the local scene, as well as international fashion scene.
His goal throughout his career has been to uniquely showcase the personality of a confident and elegant Nigerian gentleman.

Atafo also started his fashion line, Weddings by Mai, in 2011 with his designs being showcased at numerous high-profile events. Atafo has bagged several awards during his career to applaud and appreciate his excellent craftsmanship. 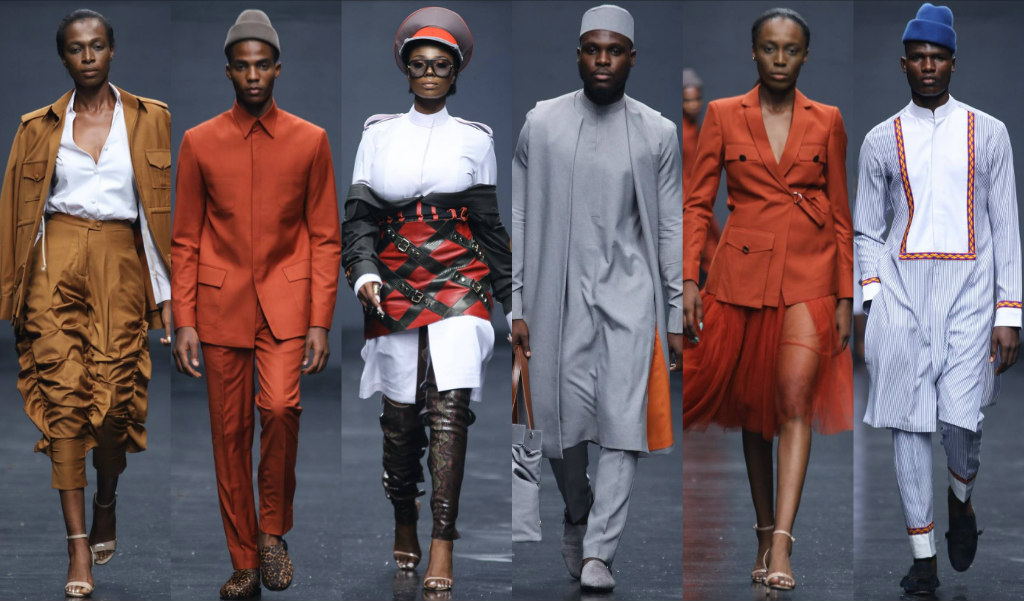 Atafo believes fashion is an all-around aspect. “Fashion goes beyond clothes. It is also hair and all those elements put together,” notes Atafo.