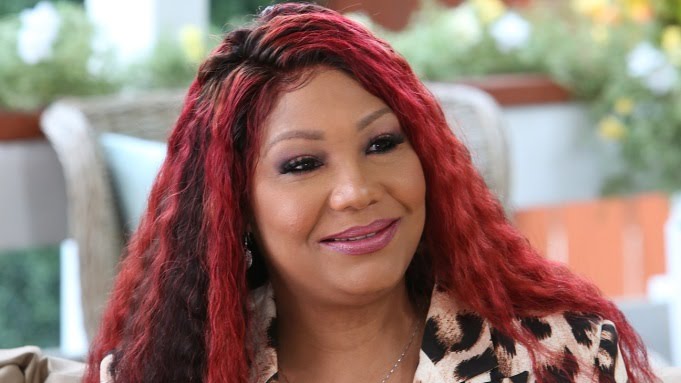 Traci Braxton passed away on Saturday 12th of March 2022; after being diagnosed with Esophageal cancer last year.

The Singer, Producer, Actress, star of reality series; Braxton Family Values, and sister to Toni Braxton died at the age of 50.

The Braxton Family said in a statement “It is with the utmost regret;  that we inform you of the passing of our sister, Traci,”

They added that “Needless to say, she was a bright light, a wonderful daughter, an amazing sister, a loving mother, wife, grandmother, and a respected performer. We will miss her dearly… We ask that you respect our privacy as we plan to send her home with love, celebrating her life.”

Traci’s husband, Kevin Surratt, confirmed his wife’s passing in a statement to NBC News that “We have come to a time where we must inform the public that after a year of privately undergoing series of treatments for Esophageal cancer, our beloved Traci Braxton has gone on to glory,”

Traci’s son Kevin Surratt Jr. mourned the passing away of his mother, he also stated that “When I heard the news about my mother being sick, the first thing she said was I’m going to fight and beat this,”

Kevin Suratt Jr wrote in the caption of a photo featuring Traci “She fought to the end, and today she’s at peace. I love my mother forever, and this hurts so much, but I’m at peace knowing she’s isn’t in pain anymore. I love you, ma. I’m going to miss you.”

Traci Braxton was born in 1971, the third child of Evelyn Jackson and Michael Conrad Braxton Sr. In the late ’80s and early ’90s, Traci performed with sisters Towanda, Toni, Tamar, and Trina Braxton after the group signed their first record deal with Arista Records in 1989.

In the last few years, Traci appeared in numerous movies, including Sinners Wanted and The Christmas Lottery. Between 2018 and 2020; she also starred alongside her sisters; Toni, Tamar, and Trina as well as their mother, Evelyn, in the WEtv reality series Braxton Family Values, which she co-executive produced.

The production company behind Braxton Family Values; Magical Elves said in a statement. “Traci was such a light in this world and having the opportunity to work closely with her on ‘Braxton Family Values’ for over a decade is something we will cherish forever. We are sending our love and condolences to the Braxton Family.”

In the year 2013, Traci and her husband Kevin appeared on the third season of Marriage Boot Camp and went on to debut her radio show the same year, ‘The Traci Braxton show’ on BLIS.F.M. radio.

Traci Braxton was also involved in philanthropic endeavors, supported various charities and non-profits geared towards women and children with disabilities.

Traci is survived by her husband, son, siblings, and mother.