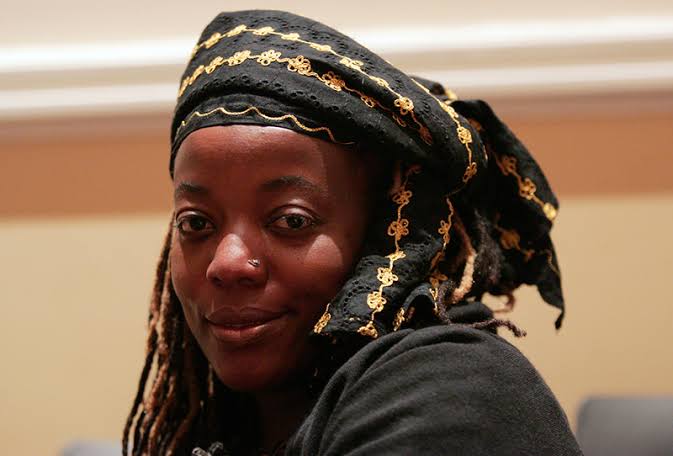 Zimbabwean author and filmmaker Tsitsi Dangarembga is the recipient of the 2021 Peace Prize of the German Book Trade Association; the professional organization of publishers and bookshops in Germany; becoming the first black woman recipient. The 62-year-old was chosen because she “combines a unique narrative with a universal view in her artistic work and is therefore not only one of the most important artists in her country, but also a widely audible voice of Africa in contemporary literature.” The jury also highlighted her fight for freedom rights and political changes in Zimbabwe. Established in 1950, the Peace Prize is worth €25,000. Dangarembga is its first Black female winner. Publishing Perspectivesreports that, in her acceptance speech; she “analyzed how physical, psychological, political, economic, metaphysical; and genocidal violence perpetrated within imperial structures has successively led to what she called a ‘no-win situation’ in societies’ current system.”

“You are not ordinary, an ordinary life was not an option for you,” the Kenyan British sociologist Auma Obama said in her laudatory speech. “You are one of the most successful and important voices on the African continent and, through the award, will hopefully soon be worldwide.”

Tsitsi Dangarembga is the author of the novels Nervous Conditions (1988) and The Book of Not (2006). The third novel in her Zimbabwe Trilogy, This Mournable Body (2018), was shortlisted for the 2020 Booker Prize. She then appeared on the inaugural cover of Open Country Mag in December.

This year, she won the PEN Award for Freedom of Expression and the PEN Pinter Prize. For the latter, she selected the Ugandan novelist Kakwenza Rukirabashaija as PEN’s International Writer of Courage.

Tsitsi has to her credit more than 15 films and is the Director of the Institute of Creative Arts for Progress in Africa (ICAPA).

Other winners of the German Peace Prize include the poet and former president of Senegal Léopold Sédar Senghor (1968); the Nigerian author Chinua Achebe (2002).