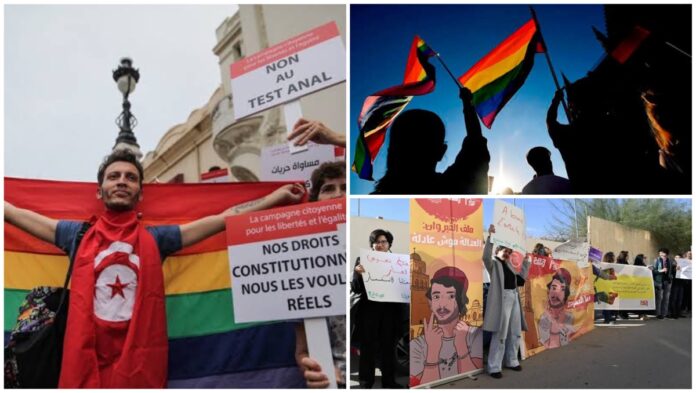 A Tunisian appeals court has ruled that the judgment of a gay activist in a historic LGBT+ case is “null and void”, an NGO and a spokesman for the judiciary said on Tuesday.

The ruling in the case known as “Students of Kairouan” concerns an activist known simply as ‘only Daniel,’ who appeared at the hearing on Dec. 19. While only Daniel, appeared in the hearing, the other five Tunisian defendants found asylum abroad.

“It’s a victory for Daniel and for us,” the Tunisian Association for Justice and Equality (Dajm) said in a statement to AFP.

A spokesman for the Kairouan Court of Appeal (centre), Riad Ben Halima, said the case was dismissed due to a procedural error “because the police opened Daniel’s computer without a judge’s permission”.

About thirty LGBT activists gathered at the Kairouan Court on the day of the appeal hearing at the invitation of Damj and the Tunisian League of Human Rights.

They called for the “abolition of the article of shame”, a reference to Article 230 of the Penal Code, which punishes homosexuals with up to three years in prison.

The case dates back to 2015, when six students were arrested for “sodomy” before being sentenced to three years in prison and barred from entering the Kairouan region for another three years.

The following year, the sentence was reduced to 40 days in prison on appeal, but in 2018 the Court of Cassation reversed the sentence and sent the case back to appeal.

Article 230 dates from 1913 during the French colonial period, but was retained in legislation after independence in 1956.

Since the 2011 revolution, LGBT+ activists in Tunisia have emerged from the shadows, but their situation remains precarious due to this repressive legislation and fierce social disapproval.