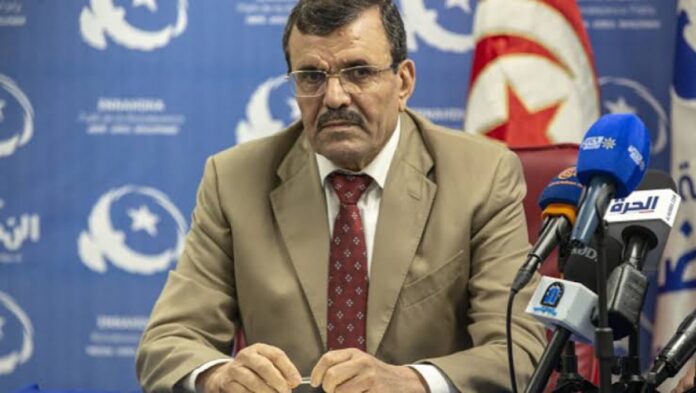 Lawyers said on Monday that a Tunisian anti-terrorist judge had decided to call for the arrest of former prime minister and senior official of the Islamist opposition party Ennahda, Ali Laarayedh, hours after an investigation into suspicion of sending jihadists to Syria was launched.

In a statement, Ennahda denied the terrorism allegations, describing them as a political attack on President Kais Saied’s opponent to cover up the “absolute failure of the elections”.

Farouk Bouaskar, head of the Electoral Commission, said only 11.2% of Tunisian voters cast their ballots in Saturday’s general election after most political parties boycotted the vote as a farce to support President Kais Saied’s authority.

After turnout numbers were released, major parties including the Salvation Front, which includes Ennahda and its arch-rivals the Desturian Free Party, said Saied lacked legitimacy and should resign, calling for mass protests.

Ennahda, the main opposition party, has accused Saied of staging an anti-democracy coup since he assumed most powers last year, shutting down parliament and ruling by decree, powers he gave with a new constitution approved in a referendum in July was adopted, has largely formalized .

Official and security sources have estimated that around 6,000 Tunisians have traveled to Syria and Iraq over the past decade to join jihadist groups, including Islamic State. Many were killed there, others fled and returned to Tunisia.