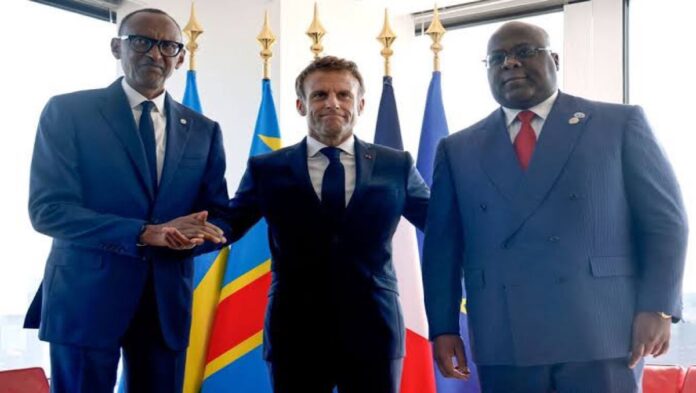 France joined the United States on Monday in accusing Rwanda of supporting the M23 rebels, airing the allegations publicly for the first time in Kigali, despite recent support for the country’s military escapades in Mozambique.

Groups as a first step towards achieving long-term peace in eastern DRC.

“We condemn Rwanda’s support for the M23 group and call for the full implementation of operations in Luanda and Nairobi,” he said in a statement re-released by the French embassy in Kinshasa.

Both nations have been at loggerheads following years of tensions over France’s alleged refusal to rein in the perpetrators of the 1994 Tutsi genocide.

However, France has joined the United States in repeatedly denouncing the same support Kigali has been giving to the M23 rebels currently fighting with the Congolese army in North Kivu, east of the Democratic Republic of the Congo.

Rwanda’s President, Paul Kagame, denied the allegations, replying in a speech at a side event of the summit: “The problem is not Rwanda, it is not Rwanda’s problem. It’s a Congo problem.”

Both France and the United States say that Rwanda, the DRC and the rebels must allow the decisions of the Luanda mini-summit to be implemented.