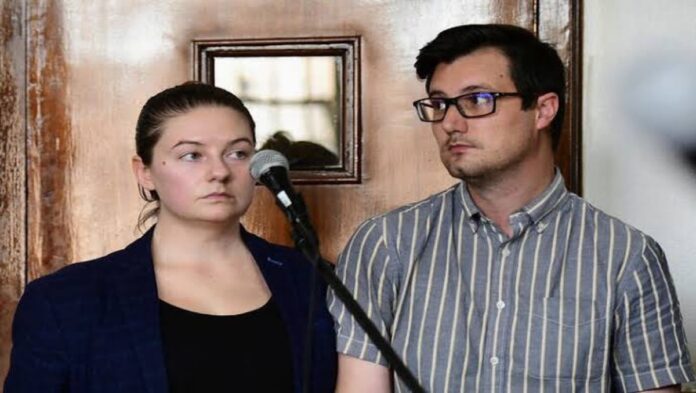 An American couple held in Uganda for aggravated torture of a 10-year-old child faces an additional charge of aggravated child trafficking, which carries the death penalty if convicted, the attorney general said on Wednesday.

Nicholas Spencer and his wife Mackenzie Lee Mathias Spencer, both 32, have been detained in Uganda since December 9 after being accused of severely torturing a child who was being held in an orphanage at their home in the capital Kampala. They pleaded not guilty to these charges.

The new indictment, seen by Reuters on Wednesday, says the couple were accused of “aggravating child trafficking”. You have not yet filed an objection.

Ugandan newspaper Al-Monitor, citing an unnamed lawyer for the couple, dismissed the case as a “hunting trip” by authorities because they had no evidence. She was quoted as saying that the new accusations “don’t make sense”.

Attempts by Reuters through the court and prosecutors to contact a lawyer on her behalf were not immediately successful.

Prosecutors allege that the couple recruited, transported and held the child “exploiting a state of vulnerability for the purpose of exploitation”, according to the indictment.

The new indictment was read to the couple when they appeared at the Magistrates’ Court, Jacqueline Okoye, a spokeswoman for the attorney general’s office, told Reuters on Tuesday, but they were not allowed to petition because the case only can be heard in the Supreme Court. Wednesday.

Okoye said Spencer and his wife were also arrested and a date has yet to be set for them to appear before the Supreme Court to answer the new charges.