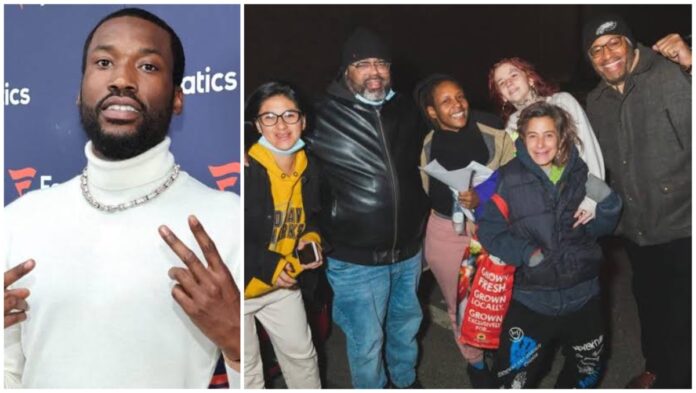 Meek Mill is putting smiles on families’ faces this holiday season. The Philadelphia rapper recently posted bail for 20 arrested women so they could go home to their families for Christmas.

“Meek Mill, co-founder of social justice organization REFORM coalition, posted bail for nearly two dozen arrested women so they could return home for the holiday,” according to a Fox29.com report published on Saturday (Dec. 24).

“Nobody should spend their vacation in jail just because they can’t pay bail,” Meek told the news agency. “I am grateful for the opportunity to help these women stay with their families and loved ones at this special time of year.”

Fox29.com reports that five of these women were released on Friday night (Dec. 23) and reunited with their families, including their children, just in time for the holidays.

Another 15 will go home next week. All 20 women will receive gift cards, which they can use to purchase groceries or gifts, at their discretion.

The leader of the Dreamchasers is all too familiar with emotional gatherings where someone has been locked away and separated from their family. “It was painful to be away from my son during the holidays when I was in prison,” he said.

“#Meekmill made a heartfelt gesture by posting bail for women currently incarcerated in Philadelphia,” they wrote.