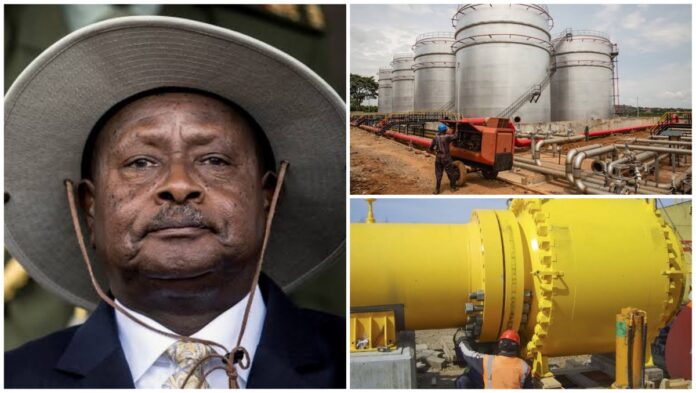 On Tuesday, officials said Uganda intends to begin commercially pumping its oil reserves in April 2025, with China seen as a potential source of funding to develop an export pipeline.

Although Ugandan authorities previously gave 2025 as the year to start production, this is the first time that a month has been specified.

“I hope that by April 2025 we will see the first oil,” Energy Minister Ruth Nankabirwa Sentamu told a conference in Abu Dhabi.

She added that neighboring Uganda and Tanzania are confident they will get funding for a proposed crude oil export pipeline.

Sentamu said Tanzanian President Samia Solo Hassan is expected to travel to China soon to “complete resource mobilization”. “I know we will get the money,” he said.

When asked if the money will come from China, she said: “China is always ready.”

Ugandan President Yoweri Museveni criticized the European Union Parliament after it passed a resolution asking TotalEnergies to delay pipeline development by a year to explore an alternative route or renewable energy projects.

Environmentalists also criticized the planned project because it crosses one of the country’s national parks. But Museveni endorsed it, warning that he would not allow anyone to tamper with my oil.