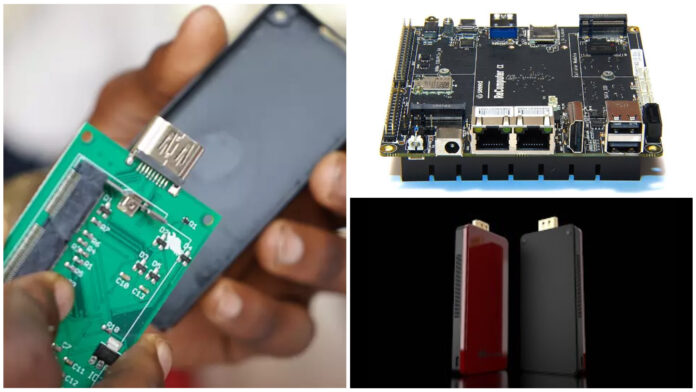 Ugandan engineers have created the “Micro fuse,” a device aimed at making computers more accessible to all Africans, particularly those dealing with intermittent power supplies.

The device is currently being tested at a school outside Kampala. It is a welcomed development from the Ugandan engineers who created the new “device” that turn out to be much cheaper than traditional computers and consumes much less power as well as serves as a great alternative for many employees.

“In a preschool like ours, we don’t hire people who have good computer knowledge and skills, we hire people who want to work and use computers, but don’t always have access to technology.”

“So the Microfuse device, for example, allows employees, from the teachers to the treasurer to me, the director, to use a computer. It was really easy for all of us,” says Jeff Ssembiro, principal at Jolly Tots Elementary School.

The frustration of many people with the lack of electricity, resulting in the impossibility of using computers, was the trigger for Mr. Ivan Karugaba, the creator of the device.

Also, read; WHO Chief Says ‘Colour of skin’ May Be why Tigray Crisis Isn’t Getting Enough Attention

“As an engineer, I thought that if I, coming from a middle-class family, had real problems getting a computer – which I need at university, where we have to write reports or do research and term papers – what about a student? from a low-income family?

The laptop, made from local materials, costs $70 and, thanks to solar power, can work in very remote areas of the continent.

The Ugandan computer market is in limbo. According to the National Bureau of Statistics, only 2% of Ugandans currently have access to a computer.

Ivan and his team hope to have 10,000 handsets on the market by October, but they want to go even further and want Africa’s continental free trade area to become more competitive.

The Microfuse stick is similar to Google’s Chromecast, a Google streaming media adapter that plugs into a TV’s HDMI port to allow users to play online content such as videos and music on digital TV.

Just like a Chromecast, the Microfuse device can be connected to a smart TV, monitor and projector for computer work or entertainment.

The difference is that the microfuse serves more purposes than the Chromecast and can be used as a computer, content streamer and storage device.

Call it two birds with one stone, your home TV can double as an entertainment unit and also provide easy access to computers with the help of a pocket-sized device.