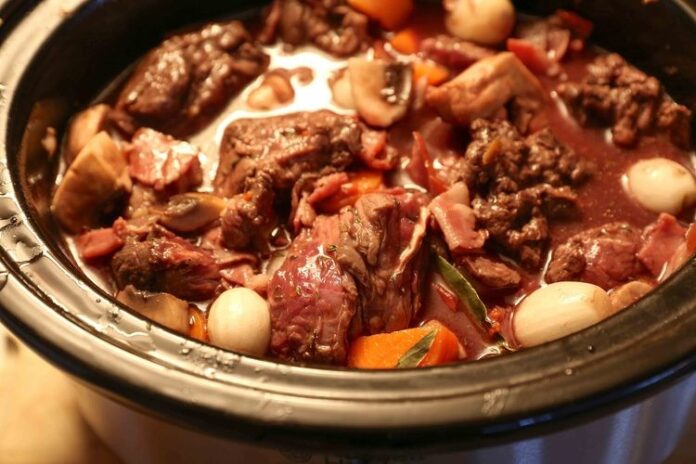 Zimbabwean dishes, which features some of the continent’s most distinctive and intriguing meals, is characterized by fresh ingredients, uncommon meats, and traditional recipes.
Some of the cooking and other methods used in Zimbabwe today have been around for thousands of years.

Zimbabweans are enthusiastic and resourceful when it comes to their culinary skills, getting the most taste out of even the most basic products.

So be set to be amazed as we highlight 10 most popular traditional Zimbabwean dishes that would leave you wanting more.

Sadza is one of the most typical and a well-liked food among all Zimbabwean dishes. Sadza is a common carbohydrate that is consumed in many houses all over Zimbabwe.

It is consumed with a variety of stews and relishes, including Mopani worms, collard greens, beef, chicken, or pork stews.

Sadza is created by combining hot water and maize meal, boiling the mixture until it thickens, and then adding more water to create a thick paste. Typically, you eat it with your hands as opposed to using utensils.

Bota is a diluted version of millet sadza, sorghum, or maize meal. When making it, maize meal is combined with hot water and simmered for 30 minutes to achieve the desired thickness.

Peanut butter, margarine, salt, and sugar can all be used to flavor it. This meal is served in more upscale variations that incorporate fresh cream.

Bota is typically thought of as a kid’s dinner, yet adults can also eat it. It is frequently offered as the morning meal.

Umxhanxa, a traditionally Ndebele cuisine that is mostly consumed by Kalanga and Ndebele, lacks a Shona name.

It is a dish that is typically eaten during the winter months following harvest. Many people eat it during lunch.

The ingredients for umxhanxa are a yellow watermelon called iJodo, sun-dried maize, and sugar.

In order to soften the stiff grains, the maize is cooked in water for up to two and a half hours.

All of the seeds are removed after skinning and slicing the yellow watermelon. It is boiled for 30 minutes after that. The iJodo and maize are blended with sugar after it has been pounded.

Mangai is the name for it when it is made only of peanuts and corn. It is comparable to Umngqusho from South Africa.

Given that it contains both proteins and carbohydrates, mutakura is an extremely nutrient-dense dish. Simply soak all the ingredients in water overnight, combine them, and then boil them for several hours or until soft to make it.

With or without meat, you can enjoy mutakura for lunch or dinner. Some Zimbabweans will even consume it with a cup of tea for breakfast.

Yams are a very adaptable food item. They can be eaten in a variety of ways, but the most popular approach is to boil them and eat them for breakfast or as a side dish.

After simmering for a little while at a low temperature as a snack, yams can be lightly fried.
Additionally, madhumbe can be powdered.

This powder can be used with Sazda to make a healthful and mouthwatering meal that can be enjoyed with meat, sour milk, or collard greens.

Insects are a good source of protein, and Zimbabwe’s rainy season is when you can find plenty of Harurwa and Ishwa.

Since they are drawn to different lights, most insects are trapped at night. Many Zimbabweans regularly gather insects just outside their front doors.

Hwiza are caught throughout the day and can be caught with the use of small traps. These insects are caught (often by kids), cleaned, and then cooked by frying them in a thin layer of oil until crispy.

They are consumed with sadza and may also be dried for later consumption. This well-liked Zimbabwean dish is also a delectable afternoon snack.

Nhopi is another meal that is quite popular and tasteful among other Zimbabwean dishes. A common perception of pumpkin pudding is that it is a supper for young children. Mash up pumpkins, water squash (Shamba), mealie meal, and peanut butter are used to make this form of porridge.

Although the meal is already naturally sweet, more sugar can be added to make it even sweeter. It is a light meal that can be eaten for lunch, dessert, a snack, or as a side dish.

Zimbabweans boil water squash and pumpkin together in a medium-sized pot to prepare pumpkin pudding.

The mixture is then mashed to the correct consistency, and just before serving, cream, butter, and peanut butter are added.

Hohwa, a species of African wild mushroom that belongs to the termitomyces family, gets its name from being raised underground by termites.

The summertime in Zimbabwe is when it frequently emerges from tree barks and is gathered.

Collectors must take care to only collect from particular trees, though. This is due to the fact that it may turn deadly when discovered on certain species, including the gum tree.

Hohwa can be consumed in a variety of ways and are oozing with taste. In Zimbabwe, wild mushroom soup is particularly popular. Additionally, you may pan-fry these delectable mushrooms and serve them with Sadza, rice, or pasta.

Matumbu is a very difficult flavor to master. It is typically consumed as a delectable relish, but it can also be barbecued and eaten as Gango, a wonderful snack.

Tripe, intestines, testicles, liver, and kidney can all be found in matumbu. The offals are made by first simmering the beef in a tomato and onion soup for a number of hours.

The intestines are wrapped around the tripe in a dish called zvinyenze. These dishes are typically enjoyed with Sadza at lunchtime or as a filling main course with a cool beer.

Madora is one of the most popular Zimbabwean dishes, just like in Namibia too. This palatable caterpillar, which is a species of emperor moth, derives its name from eating the leaves of mopane trees.

They are primarily found in the nation’s Matebeleland region. These insects are pressed to remove their guts after being harvested (i.e., plucked from the trees). They can either be sun-dried or eaten right after being plucked.

You must first boil them to soften them if they are dried. They can then be stewed to eat with Sadza or fried to be eaten as a snack.