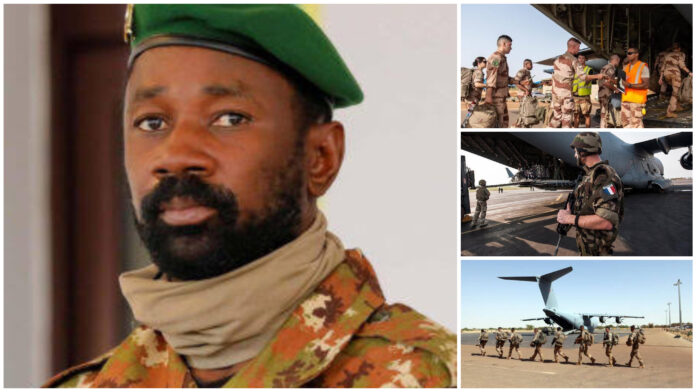 Mali says France has violated its airspace and supplied weapons to Islamist militants in a bid to destabilize activities within its borders.

The allegation comes as the latest in a string of allegations that marked the bitter end of their once close ties.

In a letter to the head of the United Nations Security Council on Monday, Malian Foreign Minister Abdoulaye Diop said Mali’s airspace had been breached more than 50 times this year, mostly by French forces using drones, military helicopters, and warplanes.

“These blatant violations of Malian airspace were used by France to gather intelligence and launch weapons and ammunition against terrorist groups operating in the Sahel,” the letter read.

Although Mali did not provide evidence that France supplied weapons to Islamist groups, France claims it has spent a decade and billions of dollars eradicating Islamist militants, some with ties to al Qaeda and the Islamic State.

“France has obviously never supported, directly or indirectly, these terrorist groups that remain its designated enemies around the world,” the French Embassy in Mali said in a Twitter thread.

As stated in the Twitter thread, 53 French soldiers had died during their nine-year mission in Mali and France had killed hundreds of Islamist militants to improve security for Malians.

The allegations mark a new low in relations as France is withdrawing its last troops from Mali and Russian mercenaries hired by the Malian military government are expanding their reach. The exchange worries Western powers, which see their influence in the Sahel waning.

On the other hand, German UN soldiers said they saw Russian forces disembark and unload equipment at the airport in the northern city of Gao on Monday, the day the last French soldiers left.

French forces were hailed as heroes in Mali in 2013 when they defeated Islamist groups that had taken over the north, including the fabled city of Timbuktu.

However, a series of backlashes and continued attacks by militants have soured ties, which have deteriorated since a military junta toppled the government in 2020 and, later, an interim civilian cabinet.