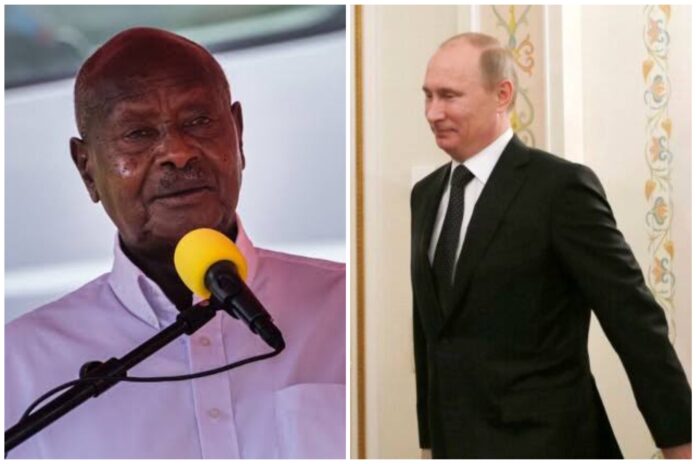 Ugandan President Yoweri Museveni on Tuesday defended his country’s ties with Russia as Moscow’s top diplomat visited Africa to rally support for the war in Ukraine.

“How can we automatically be against those who have been with us for 100 years? We even forgive our former enemies, the colonists, those who colonized us, those who actually took slaves from here and did bad things. We forgive them and work with them.

“Russia has supported the African anti-colonial movement for the past 100 years and I commend its long-standing relationship with Uganda,” he said.

Uganda was one of 17 African nations to abstain in March from a UN resolution overwhelmingly condemning Russia’s invasion of Ukraine.

However, vulnerable countries on the continent and in other parts of the world have been hit hard by the aftermath of the war, which has driven up fuel and food prices.

Lavrov insisted that Russia was not to blame.
“There is a very strong campaign about this, but our African friends understand its root cause,” Lavrov said.

“They have nothing to do with what is happening within the military special operation,” he said, using the Kremlin’s term for the conflict.

Lavrov’s trip comes on the heels of a historic agreement signed by Russia and Ukraine with the United Nations and Turkey on Friday aimed at alleviating the global food crisis caused by grain shipments blocked in the Black Sea.

Less than 24 hours later, Moscow attacked the Ukrainian port of Odessa—one of three exit nodes specified in the deal—sparking anger in Kyiv and stoking fears that the Kremlin would not abide by the deal.

As relations with the West collapsed due to the conflict, Lavrov said Africa will play a bigger role in Russia’s foreign policy.

Museveni also said that Kampala will work with Moscow in several areas, including space, energy, agriculture, and vaccines.

“Our interest in Russia is that if there is progress with Russia, we (Africa) will benefit,” he added.
Lavrov later arrived in Ethiopia on Tuesday on the final leg of a trip that took him to Egypt and Congo-Brazzaville before Uganda.