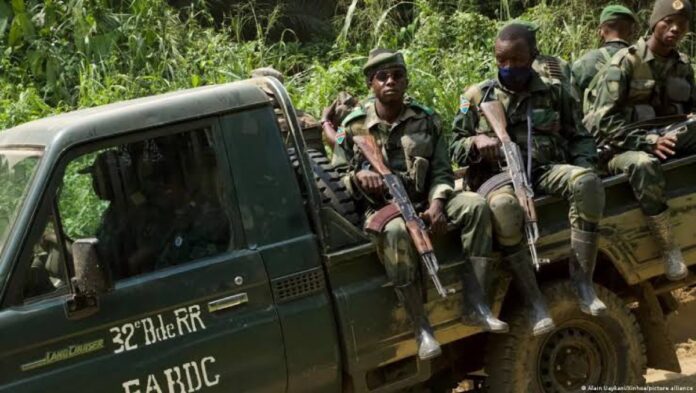 The UN Security Council on Tuesday eased an arms embargo aimed at halting rebel fighting in eastern Democratic Republic of Congo (DRC) and extended the peacekeeping mission for another year.

Under a new resolution, UN member states are no longer required to inform the Security Council about arms sales or military support from the Congolese government.

Although, the sale of weapons to non-state armed groups remains prohibited.

It was relaxed in 2008 to allow UN member states to provide military supplies and assistance to the Congolese state, but required that the Security Council be informed of its actions.

The Congolese government has publicly protested this move in recent months, saying a shipment of weapons for its fight against the M23 rebel group has been blocked, without specifying where and by whom.

“France has listened to the DRC’s appeals to support the training and reform of the Congolese armed forces,” French Deputy Ambassador to the United Nations Nathalie Broadhurst said in a statement.

The draft resolution drafted by France was supported by Russia and China, which are among the countries that sell arms and equipment to the Democratic Republic of Congo.

Congo praised the decision in a government statement, saying it corrected an “injustice” that had prevented it from defending itself against rebel groups, particularly the March 23 Movement.

The United Nations Security Council has said that the situation in Congo continues to pose a threat to international peace and security in the region.

Fighting has intensified between the Congolese army and the March 23 Movement, a Tutsi-led militia founded in 2012 and returning this year with great success.

The other resolution extended the mandate of the United Nations Peacekeeping Mission in Eastern Congo (MONUSCO) by one year. This will allow it to support general elections in December 2023, the French statement said.