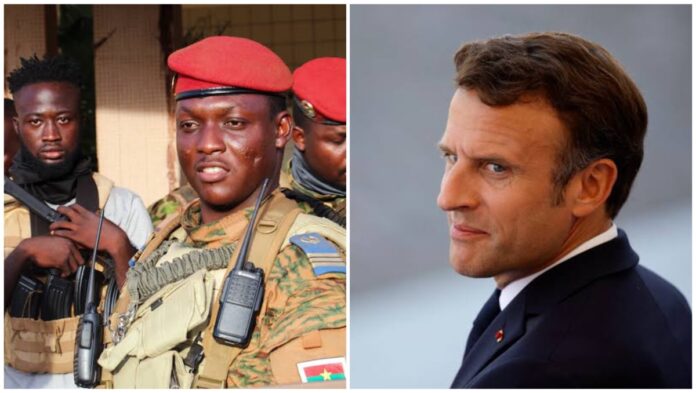 The French were arrested last weekend and forced to leave the West African country, according to a Facebook post later broadcasted by the official Radio and Television of Burkina Faso.

The letter, published late on Wednesday, said the French had expressed an interest in information about security forces in Burkina Faso.

According to an official at the French embassy in the capital Ouagadougou, who spoke to the Associated Press on condition of anonymity, the Burkina Faso armed forces questioned the two Frenchmen last Saturday about issues related to the security of their work at an unauthorized local private company.

No spying activity was mentioned, the diplomat said, adding that the French were not expelled but instructed to return to France and leave that same night.

According to another Western diplomat in Ouagadougou, who was not authorized to speak to the media, the French were working for a company affiliated with Nokia, a multinational telecommunications company that is installing a cell phone towers.

France, which has stationed troops in West Africa’s Sahel since 2013, when it helped oust Islamist extremists from power in northern Mali, faces mounting retaliation from governments and ordinary citizens who say its presence has done little to stem the rise in jihadist violence.

French forces left Mali this year after strained relations with the Mali Military Council, and recently their relationship with Burkina Faso has also deteriorated.

The Russian Ministry of Foreign Affairs reported that its Prime Minister Apollinaire Joachim Kelem de Tambila visited Russia earlier this month to strengthen ties and join efforts to combat the extremist threat in the region.

Analysts say it is unclear how far Burkina Faso will go to distance itself from France. The French still have several hundred special forces stationed in the country with Operation Saber.