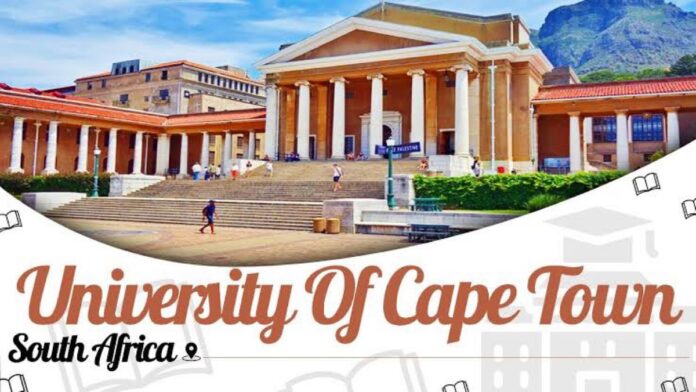 The best universities in Africa, according to the Times Higher Education World University Rankings 2022, span 12 countries, from Uganda in the east, to Nigeria in the west, Morocco in the north, to South Africa in the far south of the continent.

Overall, Egypt and South Africa are the two most heavily represented African countries in the ranking, with 23 and 11 universities, respectively.

Egypt, Nigeria, Ghana, Ethiopia and South Africa have universities in the top 500 in the global rankings.

The ranking evaluates the performance of universities based on 13 indicators that measure teaching, research, research impact, innovation, and internationality.

Ranked at the top of the list, the University of Cape Town campus sits at the foot of Table Mountain and offers spectacular views of Devil’s Peak and across the city.

With about 18 percent of the student body being international students from Europe and other parts of Africa, the university has proven to be the best in Africa and one of the bests in the world.

The university was founded in 1829, making it the oldest university in South Africa and the second oldest in Africa after the University of Sierra Leone, founded two years earlier.

The main campus contains many teaching faculties, the main library and some dormitories. The middle and lower campuses contain most student residences, sports facilities, and some academic departments.

On the other hand, the University of Cape Coast (UCC) in the central region of Ghana has also been recognized as the best university in West Africa and the fourth best in Africa.

See the top 10 ranking below;