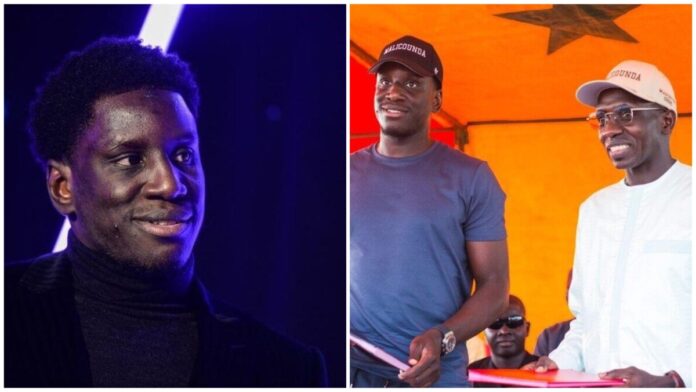 Demba Ba, a former Chelsea forward has launched a multimillion-dollar football academy in a village in Senegal.

The former Chelsea forward set up the 3 billion FCFA (about $4.5 million) football academy in a village in Senegal, according to Wiw Sports.

The training center will occupy a 10-acre site in Roff Village in Malicounda County. The local authority will also help to establish a maternity and youth center in the area.

The 37-year-old also recently bought second division Amitie FC from his home country in a bid to revitalize the team and fund its future adventures.

“I don’t know if you know, but yes, I bought a club based in the Thies area and that plays in the second division,” said Ba, quoted by Ghana Sports Market. “I am building this club and these infrastructures will allow us to be at the top. If you want to be at the top of football, you need a good infrastructure.”

The former Senegalese striker wants to give young players the chance to develop their talent and have a chance at professional football.

Villagers are pleased with the initiative and the Malicounda community has also played its part in ensuring the project is a success.

As Ba turns his attention to shaping the future of Senegalese youth, the Lions of Teranga prepare for the 2022 World Cup in Qatar.