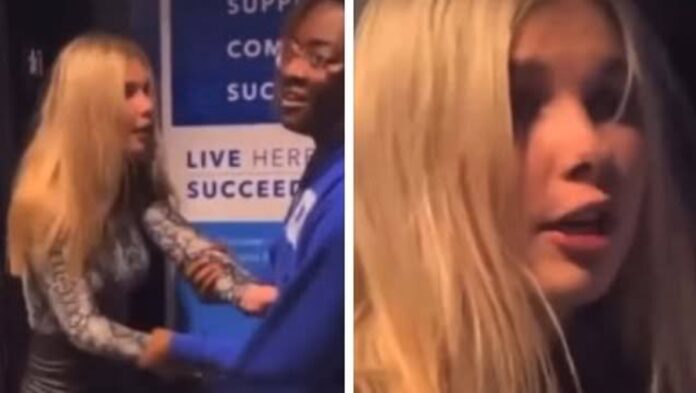 Police arrested Sophia Rosing, a 22-year-old student at the University of Kentucky in the US, for allegedly racially abusing black students on campus.

The incident happened on Sunday, and Rosing is facing multiple assault charges involving alcohol intoxication in a public place, fourth-degree assault with no visible injuries, second-degree disorderly conduct, and third-degree assault on a police officer or probation officer.

She has also been permanently banned from campus as the University dishes out its disciplinary act against her.

This was revealed in a report by Fayette Commonwealth District Attorney Kimberly Byrd when police were at an apartment building on Sunday morning after an unidentified woman “attacked employees”.

The report revealed that the officer arrested her and described her as a “very drunk” woman who had repeatedly yelled racial slurs against a group of black women.

The report revealed that the woman told police she “has a lot of money and gets special treatment” and when asked to sit in a chair, Rosing kicked the arresting officer and bit his hand.

The woman initially withheld her identity from the police until Sally Woodson, an executive communications specialist at the University of Kentucky, confirmed that she was Rosing.

Byrd said Rosing was originally registered as Jane Doe in the Kentucky Department of Justice records.

In a letter to the campus community, University of Kentucky President Eli Cappiloto said the incident happened at a hostel and that one of the victims was a student working the night shift at the front desk.

Capilloo said university officials are conducting an investigation and communicating with victims.