Voyage of Death: Thousands of Africans Lost at Sea While Crossing to Europe 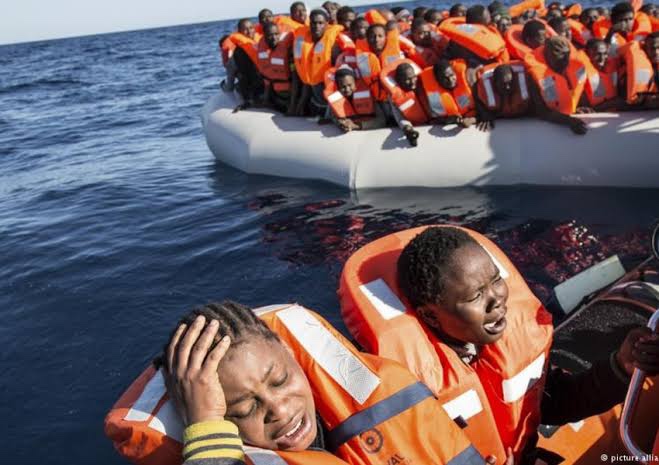 According to a United Nations refugee agency study released on Friday; more than 3,000 African refugees, migrants, and asylum seekers died or went missing last year while attempting to reach Europe via the Mediterranean and Atlantic water routes. This is the biggest toll of Africans lost at sea lately.

Thousands of Africans make risky treks to Europe each year. Typically this is by crossing the Sahara desert and leaving North African coasts on small, inflatable boats; searching for a better life or to flee suffering. Last year, the United Nations High Commissioner for Refugees (UNHCR) reported 3,077 persons as dead or missing; over double the figure for 2020.

“We are seeing the increases soar,” UNHCR’s Shabia Mantoo told a news briefing in Geneva. “It’s alarming.” Of course this includes thousands of Africans lost at sea.

The UNHCR began publishing aggregated death tolls in 2019, and the number hun of people killed has increased year after year.

So far in 2022, 553 people are either dead or missing; with the majority of them dying on the Central Mediterranean route, like in previous years.

The tolls do not include individuals who died while traveling by land, like as through the harsh Sahara Desert; or in smuggler-run detention centers, where survivors have recounted sexual abuse, forced marriage, and forced labor.

Tunisia, Morocco, Mali, Guinea, Eritrea, Egypt, Ivory Coast, and Senegal were among the nations where the dead and missing were found, as were Iran, Syria, and Afghanistan, according to Mantoo.

“We have been urging that there needs to be humanitarian and development action that needs to be strengthened to address these drivers that force people to move in the first place,” she added.

She also expressed concern about pushbacks. Following the release of a report by the United Nations Human Rights Office last year. The report alleges that the European Union is partially to fault for deaths in the Mediterranean; due to unanswered distress calls and obstruction of humanitarian rescue efforts.

Read also; South Africa Announces It is Close To a Fifth COVID Wave