We Need To Develop A Deeper Bilateral Relationship Between Jamaica And Ghana – Lisa Hana, Jamaican MP 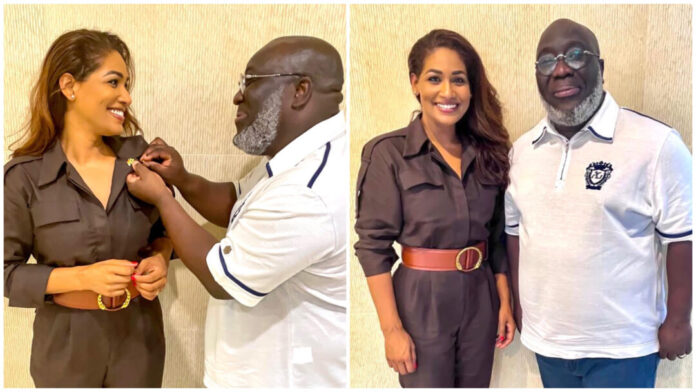 Lisa Hana, a Jamaican Member of Parliament, emphasizes the importance of establishing a much stronger bilateral link between Ghana and Jamaica in order to increase commerce and development.

Who Is Lisa Han?

Lisa Rene Hanna (born August 20, 1975) is a Jamaican politician and beauty queen who became the third Jamaican to win Miss World in 1993. Hanna is a Member of Parliament for Saint Ann South East and was Jamaica’s Minister of Youth and Culture from 2012 to 2016. She is a member of the opposition People’s National Party. Following the PNP’s defeat in the 2020 Jamaican general election and the consequent resignation of PNP President and Opposition Leader Peter Phillips, Hanna ran for the leadership of the People’s National Party. Mark Golding triumphed over Hanna.

Lisa made this remark on her official social media accounts.

“Ghana’s population is ten times Jamaica’s. The country has been making significant strides in growing its economy by focusing on production, where they have identified sustained competitive advantages globally,” she wrote.

The MP added that “there is no doubt that we need to develop a deeper bilateral relationship for trade and development with Ghana.”

“I was grateful to meet and discuss potential opportunities for trade and development between Jamaica and Ghana with Isaac Osei-Bonsu, our first Honorary Consul in Ghana, who is on a short working visit in Jamaica.”