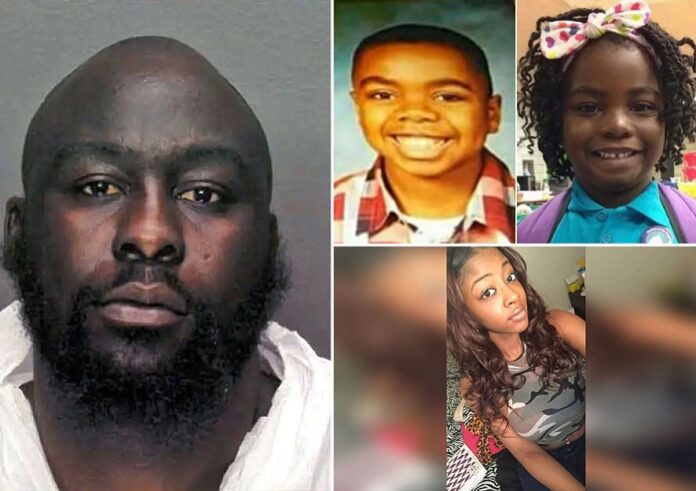 31-year-old Jeremy Arrington has been sentenced to 375 years in prison for the 2016 killings of a woman and two children in New Jersey.

According to NJ.com, 32-year-old Jeremy Arrington is said to have tied up a total of nine people at an apartment in Newark before subjecting them to torture and mutilation. The deceased victims were identified as seven-year-old Ariel Little Whitehurst, Al-Jahon Whitehurst, 11, and Syasia McBurroughs, 23. The convicted man allegedly stabbed the two deceased minors several times. He also fatally shot McBurroughs in the head.

Authorities said Arrington had initially been named as a person of interest in connection with a shooting and sexual assault incident. But he became outraged after Ariel and Al-Jahon’s mother commented on a Facebook post about police searching for him. Arrington, who knew the family, then forced his way into their home with a gun before tying up the people inside and attacking them.

Under New Jersey law, Arrington will not be eligible for parole until 281 years into his 375-year sentence. He did not take the stand at his trial, but his defense attempted to use an insanity defense.

Prosecutors said a young girl with autism was able to escape and called for help from a closet, allowing police to respond before more lives were lost.

According to them, the child got in touch with a family member who contacted the police, NJ.com reported. Authorities took Arrington into custody the day after the attack. But that was after he engaged in a standoff with the police.

Arrington, who did not take the stand at his trial, read a short statement at Friday’s sentencing hearing apologizing to the families. NJ.com reported that he described his actions as “crazy and uncalled for” and said he would switch places with the victims if he could.

Arrington’s assistant prosecutor, Edwab, sought six consecutive life sentences for the defendant, citing the defendant’s lengthy criminal background, which included 10 arrests between 2006 and 2016, according to the prosecutor’s office. Arrington had four felony convictions and three separate pending charges on the day of the murders.

Jurors deliberated for less than two hours before arriving at the verdict, according to NBC News.

“Justice has been served,” said Deputy Chief Assistant Prosecutor Justin Edwab. “This defendant is pure evil and clearly deserves all 375 years in New Jersey State Prison for the terrible crimes he committed on Nov. 5, 2016. These families have waited over five years for this moment, and we are all so grateful for this sentence. “

Arrington’s defense attorney could not be reached for comment.