Why are African lawyers still wearing this colonial wigs of their colonizers? 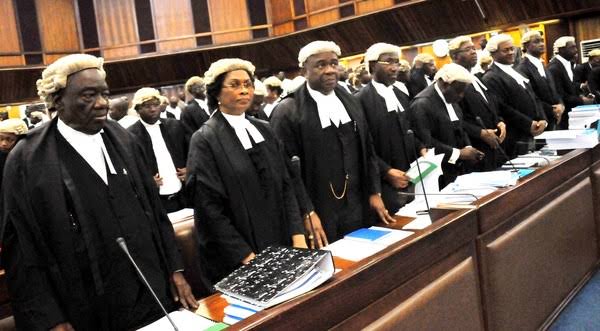 It is a Shame that lawyers in Africa are still stuck under colonial mental slavery, because, in this age and time; why are African lawyers wearing a white man’s hair on their head as a symbol of legal expertise and judicial knowledge. These long, white horsehair locks worn by high court judges (and King George III), are so old-fashioned, and actually very uncomfortable, that even British barristers have stopped wearing them, yet African barristers still proudly put them on and brandish their blonde colonial wigs. It is very irksome that an African has to wear a colonial European wig before he or she can appear as knowledgeable in matters of the law. This wig wearing should be banned. Dear African lawyer, you don’t need a white man’s wig on your head to be a legal luminary. 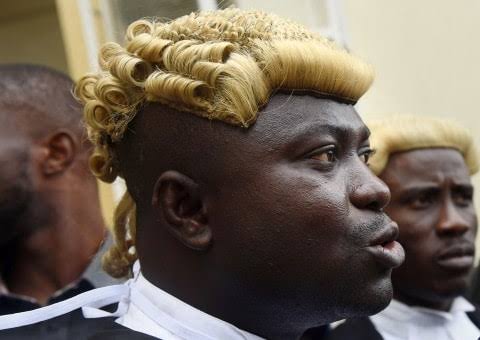 In almost all former British colonies, articles have been written and speeches given on  why the wig ought to be stopped; removed/banned. In Uganda, the New Vision newspaper conducted an investigation into the cost of the wigs, reporting that each one cost $6,500. Augustine Niber, a prominent lawyer in Ghana, has argued that removing wigs would reduce the; “intimidation and fear that often characterise our courtrooms”.

An editor of the Nigerian Lawyer blog wrote that those colonial wigs weren’t made for the sweltering heat and that lawyers melted under their garb. “The culture that invented the wig and gown is different from our own and the weather is different,” Unini Chioma wrote. 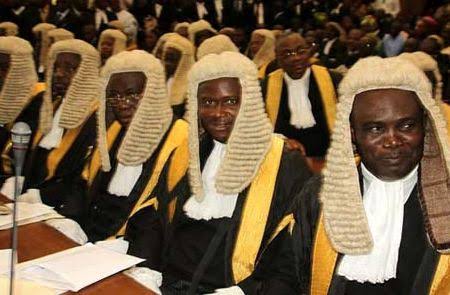 This wig is also a reminder of the several brutal injustices carried out by the colonizers who wore these wigs. For example, In response to Kenya’s Mau Mau rebellion in the 1950s; the wig wearing white judges sentenced more than 1,000 people to death for conspiring against colonial rule. And that is the wig Africans are still wearing in their courtrooms.

“The colonial system used law as an instrument of repression, and we’re still maintaining this tradition without questioning it,” says Arnold Tsunga; a director of the Africa program at the International Commission of Jurists. “It’s a disgrace to the modern courts of Africa.”

These curly horsehair wigs have been used in British courts since the 1600s, during the reign of Charles II, when they became a symbol of the British judicial system. Some historians also say they were initially popularized by France’s King Louis XIV, who was trying to conceal his balding head with the wig.

”Is it that we cannot devise a home-grown attire for our lawyers, or is it that we so love the colonial rulers and exploiters of our land, that we just cannot let go of their legacy?

Did somebody do juju on us to turn us into mumus where the colonialists are concerned?

India, Pakistan, and parts of China were colonised by the British. But their legal systems have jettisoned those colonial wigs ages ago.

In Africa, Nigeria, Kenya, and other ex-colonies, still continue to wear them.

What is wrong with us as a people?

Seriously, we need to approach our ancestors for forgiveness, in case we did something to them that made them place a curse on us, that has turned us into dumb mumus without basic common sense and dignity, especially where it concerns Europeans.

Imagine for a second how the white people will be laughing their heads off when they see us wearing these things, a full sixty years after independence.

Share
Facebook
Twitter
Pinterest
WhatsApp
Previous article
History of the Basoga people in Uganda: A Bantu tribe with a strong traditional religion.
Next article
Julius Malema says he would rather resign or lose votes than denounce his fellow African brothers.