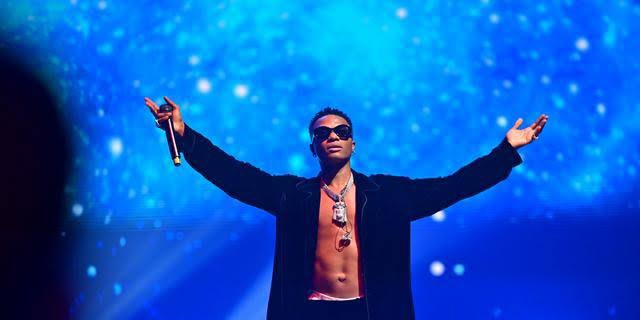 This will mark the Nigerian superstar’s first concert at the most famous arena in the world. Tickets will go on sale to the general public on Friday, September 30 at 12:00 pm ET.

Earlier this month, on September 13, Wizkid released a new single, “Bad To Me”, via Starboy/Sony Music International/RCA Records.

An amazing track- his first solo single since the release of Made In Lagos: Deluxe Edition in 2021 – ‘Bad To Me’ was produced by Wizkid’s longtime producer P2J (whose credits also include Beyoncé, Doja Cat and Burna Boy) and received instant praise from Rolling Stone, Pitchfork, The FADER and more.

The track has a blend of Afrobeats and South Africa’s “Amapiano” with a hint of “Soul” as Wizkid has been known to do quite comfortably evident in his recent track with Chris Brown, “Call Me Everyday.”

Wizkid is one of the most streamed artists in Nigeria with over 4 billion streams worldwide. Last month, Wizkid reached a significant career milestone when his 2020 album Made in Lagos was certified Gold by the RIAA with over a billion streams.

Its 2021 follow-up, Made In Lagos: Deluxe Edition, received a Grammy nomination for Best Global Music Album.

The superstar has also collaborated with some of the world’s top artists, including Drake, Beyoncé, Chris Brown and H.E.R.

Chase cardholders will have early access to tickets via Ticketmaster.com from Monday, September 26 at 10 am ET until Thursday, September 29 at 10 pm ET.

Tickets for the November 16th show go to the general public on Friday, September 30th at 12pm via Ticketmaster.com. Tickets are also available in person at the box office at Madison Square Garden, Radio City Music Hall and the Beacon Theater starting Saturday, October 1.