Wizkid Splashes Millions On Rolls Royce, Lamborghini, Maybach, and 4 Others In One Day 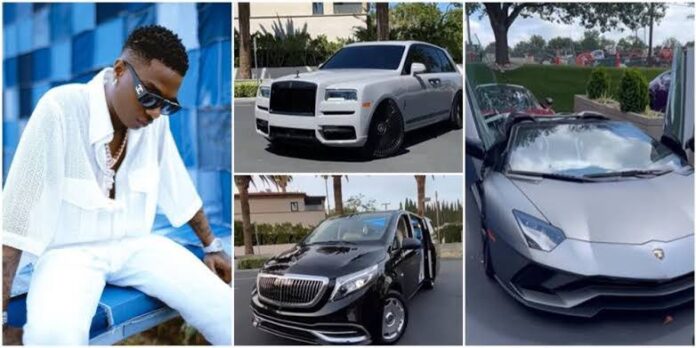 The singer, songwriter and artist known for his “low-key” lifestyle decided to pamper himself with a garage full of multi-million dollar new cars.

According to a car dealership, “moa global services,” on September 7, 2022, the Grammy-nominated singer received a Royce Rolls Black Badge, a Lamborghini Aventador and a Mercedes-Benz Maybach from the company, the singer went on to announce that wants to purchase four more cars to add to his recent collections.

Keep in mind that the mother of Wizkid’s baby, Jada Pollock, was recently spotted with a baby bump. However, she appeared to have recently confirmed the birth of her second child with a video she recently shared.

Previously, various speculations about the singer’s manager welcoming a baby had circulated online, but she has not made any official announcement on the matter.

Recall that Jada Pollock took to her Instagram page to share some pics of her baby bump.

However, in a recent video shared on her Instagram story, Jada Pollock was seen working out while declaring that she can’t wait to get back to her original form.

Her big baby bump was no longer visible in the clip, which obviously confirms initial speculation about the birth of another child.