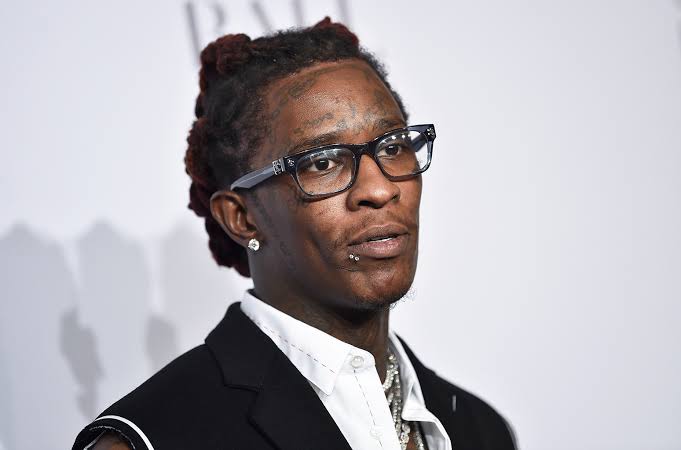 Russia’s invasion of Ukraine has created a humanitarian crisis in Eastern Europe, but despite the massive distance from his Atlanta homeland, Young Thug is looking to lend a helping hand.

Since Vladimir dimmer Putin, The Russian President launched a “special military operation” in Ukraine in a bid to topple the country’s democratically elected government, hundreds of thousands of people have fled the former Soviet Union republic to reach safety.

Unfortunately, there have been various reports of African immigrants being unfairly treated at Ukraine’s borders, with a “Ukrainians first” policy precluding them from boarding trains and crossing into nearby countries. A very high amount of African students live in Ukraine to study medicine and other technical subjects at affordable prices.

After catching wind of the racist discrimination taking place at Ukraine’s borders; Young Thug took to his Instagram Stories on Sunday (February 27) to offer his support to the country’s African population; while calling on his rap peers to chip in.

The Hip hop star wrote “If some of my rap brothers are in; I’m willing to help Africans get out of Ukraine however I can sense they not letting us pass,”

He added, “Whoever holds the info for these movements please contact me ASAP I’m ready.” 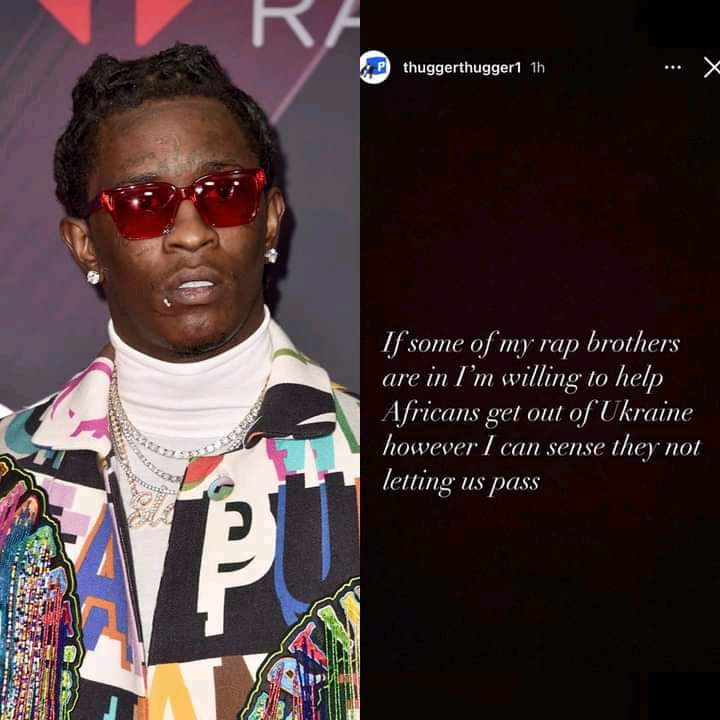 Young Thug’s YSL cohort Strick was the first among musicians that answered the call for help.

He wrote in an Instagram story while sharing Thugga’s original post “This needs to be Shared more! I’m with your slime! Proud of you brother. Always been a true leader! PURE. King Spida to the rescue!”

Update on the Russian invasion

According to the United Nations, at least 102 Ukrainian civilians have been killed since Russia launched its invasion with a further 304 injured. However, the real figure is feared to be “considerably higher.” An additional 422,000 have fled the country.

Russia has so far met an outgunned but determined Ukrainian resistance in the capital of Kyiv and other cities; on top of facing tight sanctions from the United States and other Western allies.

Peace talks between Russia and Ukraine were held at the Belarusian border on Sunday, but an immediate ceasefire has yet to be declared.