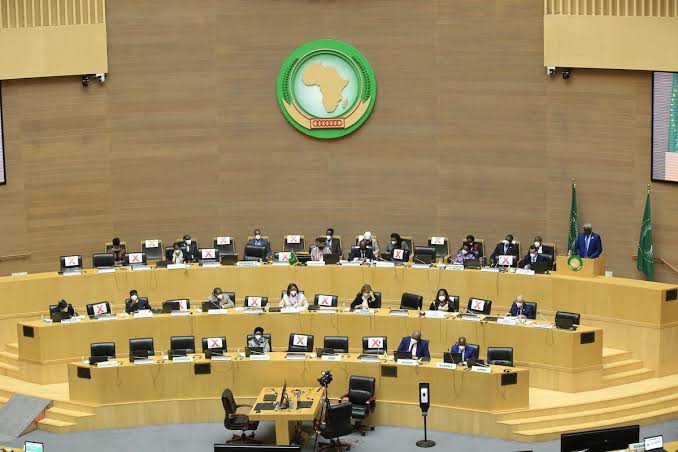 Nigeria, Algeria, Ethiopia and South Africa announced last week, the formation of Group of Four Nations (G4) in order to deal with the various issues confronting Africa. The G4 Platform, which is a grand initiative of the Ethiopian Prime Minister, Abiy Ahmed; was implemented towards negotiating and proffering solutions; as well as aggregating positions to ensure that the African Union carries on with its work successfully, efficiently and quickly.

Leaders of the four African nations, met on the sidelines of the 6th EU-AU Summit in Brussels; and used that opportunity to discuss the varying crisis areas on the African continent with an aim to unearth practical and effective solutions for the crisis.

The Presidents of the four nations also stressed the need to reinvigorate the G4 within the AU as a platform for bringing African countries closer; as well as coordinating actions and reactions for the whole African continent in a more proactive manner.

The G4 leaders further discussed how better decisions can be taken in the AU (African Union) and how to implement those decisions. They additionally agreed to convene a formal summit to chart a road map for Africa in the coming months.

Friction with the G4

The absence of Morocco and Egypt as prominent and important African countries, was also highlighted at the meeting. This absence was earmarked as partly due to the conflict of interests between the absent countries and the G4 nations; further noting that the absent African countries have adopted a different approach to dealing with major world powers such as; the US, EU and China and even Israel.

According to the Addisherald, While the G4 nations maintain harmonious stances towards Palestine, immigration, others including; Morocco and Egypt maintain diplomatic relations and full representation with the Israeli occupation.

Also, Egypt maintains hostile positions towards Ethiopia, which initiated the idea of the G4, due to the differences over the Renaissance Dam.

However, all the G4 nations have almost the same stance towards the Western Sahara issue; which is completely different from that of Morocco.