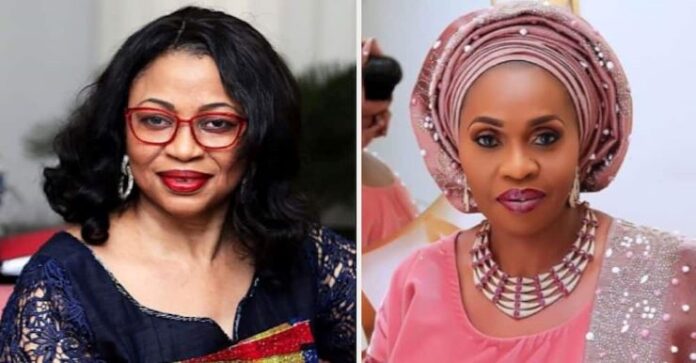 By being the richest women in Africa and running businesses and programs that employ thousands of people, these African women have proven their worth over the past years.

These phenomenal women are challenging the continent’s status quo in business, politics, the media, science, technology, and public life, leaving imprints where none previously existed.

Below is a table of the top 10 richest women in Africa:

Isabel serves on the corporate boards of numerous companies in Angola and Portugal, as well as a news organization and important Portuguese banks with assets in oil and gemstones.

She also holds investments in Banco Africano de Investimentos, the Angolan cement company Ciminvest and owns more than 14% of the massive Portuguese media company Zon Multimedia, with large stakes in the energy firm Energias de Portugal, the banks Banco Esprito Santo and Banco Português de Investimento, all of which are located in Portugal.

Isabel became the first African woman to achieve the $1 billion milestone thanks to her investments.

According to Forbes, Africa’s Richest Woman went bankrupt in January 2021 as a result of a few corruption allegations brought against her by the Angolan authorities, which resulted in the freezing of her assets.

She was thus taken from the list of Forbes billionaires. However, her projected net worth according to Celebritynetworth.com, is $2 billion as of 2022.

Folorunso Alakija, 70, a billionaire from Nigeria and the second-richest woman in Africa behind Dos Santos, acquired her wealth through the oil and gas, apparel printing, and real estate businesses.

The CEO of the gas and oil exploration and production company FAMFA Oil, a fashion star, is currently worth more than $600 million.

She served as secretary of the formerly International Merchant Bank of Nigeria in the 1970s, one of the first banks in West Africa.

Before establishing her Nigerian fashion company, Supreme Stitches, in 1985, she made the decision to study fashion design in the UK. In less than a year, she had become the biggest designer in the country.

With an estimated net worth of $1 billion as of 2022, Alakija is the richest woman in Nigeria and ranks second on the list of the richest women in Africa.

Jomo Kenyatta, who presided over Kenya from 1964 until his death in 1978, was married to Kenyatta.

Additionally, she is the mother of Uhuru Kenyatta, Kenya’s president since 2013. Currently, Mama Ngina is in charge of the family business, which also encompasses real estate, manufacturing, insurance, farming, and education.

Ngina Kenyatta is one of the richest women in Africa, with an estimated net worth of $1 billion.

Several investments, holdings, and portfolios are currently under Mama Ngina Kenyatta’s management. She holds significant shares in both a hotel chain and the Commercial Bank of Africa (CBA), one of Kenya’s largest privately held banks (Heritage).

The next richest African woman on the list is 61-year-old Nigerian entrepreneur Bola Shagaya.

Bola is an entrepreneur and the founder and chairman of the multinational Nigerian company Bolmus Group International, which has stakes in the oil, real estate, finance, and communications industries.

She serves as one of Unity Bank PLC’s co-chairs. Bola Shagaya was born into a middle-class household but refused to accept anything less.

She left her job as an auditor at the Central Bank of Nigeria (CBN) in order to pursue entrepreneurship in order to achieve this goal.

Shagaya started out as the CEO of Bolmus International Limited, a business she founded and expanded to become the most prosperous importer and distributor of photography in Nigeria and West Africa.

She owns numerous townhouses in Nigeria’s most upscale neighborhoods in addition to real estate in Europe and the US.

She also serves on the board of the Nigeria-focused business group NEPAD, which is part of the National Economic Partnership for Africa’s Development.

South African businesswoman Wendy, 58, ranks the fifth position on the list of richest women in Africa.

Wendy is the only daughter of Donald Gordon, a South African millionaire who is also the owner of Liberty Investors, a real estate and insurance company.

Appelbaum, who currently serves as the chairman of the De Morgenzon Wine Estate, began her career as a director in her father’s real estate business.

She received numerous awards for the first vintage of the company’s Chenin Blanc wine due to its distinctive flavor.

She received honors from Forbes Magazine in 2015, including Woman of the Year (Africa) and Businesswoman of the Year. She was one of the most powerful women in Africa by 2020, according to Forbes.

Wendy was previously the Vice Chairman of Women’s Investment Portfolio Limited (Wiphold), the first company with a majority of women employees to list on the Johannesburg Securities Exchange (JSE), which had assets in excess of R1 billion.

She ventured into DeMorgenzon, a renowned wine region in Stellenbosch and has shown her generosity by giving more than US$23 million to the Donald Gordon Medical Centre and the Gordon Institute of Business Science in honor of her father.

Wendy Appelbaum is not just one of the richest women in Africa but she is also known as the most influential and richest woman in South Africa, with an estimated net worth of $152 million.

Wendy Ackerman, a South African retail magnate and Non-Executive Director of Pick N Pay Holdings Limited follows next on the list of the richest women in Africa.

Wendy Ackerman is worth $190.2 million and is the owner of the Ackerman Family Trust. About half of the Pick ‘n Pay grocery chain in South Africa is under the hands of her spouse.

The $3 billion South African firms, with activities in Australia, Namibia, Zambia, and Mozambique, is led by Ackerman as its executive director.

She was also the impetus behind MTN’s expansion outside of Africa and was crucial to the company’s acquisition of operating licenses in Iran and Nigeria. She did, however, leave the company in 2007 amid a scandal.

In addition to working for MTN, she was a governor of FirstRand Bank, Johnnic, and Johnnic Communications.

A few years ago, Irene Charnley was the CEO of Smile Telecoms, a Mauritius-based provider of telecommunications solutions.

She is one of Africa’s wealthiest people, with a net worth of $150 million.

The 60-year-old overcame gender obstacles by starting her successful career as a mining worker.

Despite winning the International Businessperson of the Year Award from the Global Foundation for Democracy in 2008, Radebe’s network is not well-known.

She is regarded as the first black woman to operate in the mining industry, thus making the list of the richest women in Africa.

With a net worth of $43.1 million, Wapnick ranks among the top individual shareholders in her father Alec’s listed loan stock companies Octodec Investments and Premium Properties.

She also works as a partner at TWB Attorneys, a Johannesburg-based business law firm.
Sharon accumulated her riches through real estate and investments and in October 2011, Wapnick succeeded her father as non-executive chairman of Octodec.

She is an attorney with extensive knowledge of the real estate industry. With a net worth of more than $43 million, she is one of the richest women in Africa.

She holds a non-executive position at Octodec, which her father, Alec Wapnick, founded.

The last on the list of the richest women in Africa is Elisabeth Bradley, who owns more than $32 million.

Thanks to her father Albert Wessels, who introduced Toyota to South Africa in 1961. Her wealth was acquired through investments in companies and property.

Bradley made at least $150 million in 2008 when his holding company, Wesco Investments, sold a 25% stake in Toyota South Africa to Toyota Motor Corp. of Japan for $320 million.

She serves as director of AngloGold, chairman of Wesco Investments South Africa, vice-chairman of Toyota South Africa Limited, and member of the boards of Standard Bank Group, Hilton Hotel, and Roseback Inn.