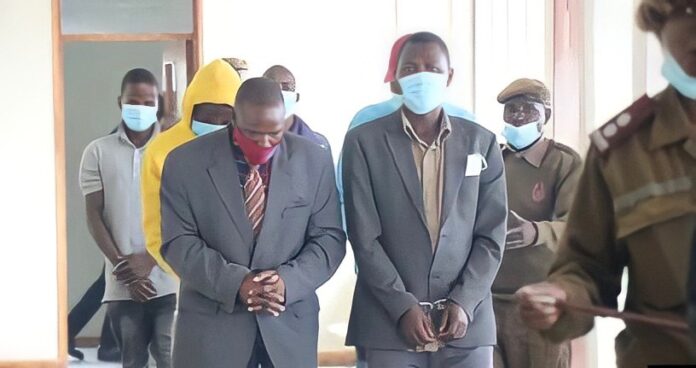 A Malawian court sentenced a Catholic priest to 30 years in prison and four other defendants to life in prison for the horrific murder of an albino man in 2018.

In her verdict on Monday, Judge Dorothy Nyakaunda Kamanga sentenced five people to life in prison with hard labor for the death of MacDonald Masambuka.

Masambuka disappeared from his village on March 9, 2018. Less than a month later, his limbless body was found buried in the garden of a house where one of the attackers lived in the Machinga district of southern Malawi.

Court documents show that Masambuka’s brother, Cassim, tricked him into meeting with his friends. Cassim claimed that he had found a girl who would marry Masambuka.

However, authorities say that when the group reached their destination, they grabbed MacDonald Masambuka by the neck and dragged him into the garden, where they killed him. Court documents state that his attackers cut off his limbs and burned his body with gasoline.

Cassim Masambuka, the victim’s brother, was sentenced to life in prison for murder and 14 years for human trafficking while Clinician Lumbani Kamanga received a 60 year sentence for removing “human tissue.”

Pilirani Masanjala represented the Malawian government in the case and was quite pleased with the verdict. “This ensures that all those found, charged and convicted of all these heinous crimes face the full arm of the law,” Masanjala said, pleased to see the courts acting these days.”

Attacks on albinos have become a chronic problem in Malawi and some other South African countries. A representative for people with albinism in the court, William Masapi, said the sentences served as a deterrent to such attacks.

“Because we are also human. We have to enjoy life,” Masapi said. “We have responsibilities in this country; some of us work in the government and participate in the development of this country. So people should learn from today that we albinos are just like them.”

Boniface Chibwana, the national coordinator of the Catholic Commission for Justice and Peace in Malawi, welcomed the conviction. He also said it was necessary to step up efforts to stop the attacks.

“If we look at the senior staff, three people who work with the government, who work with the church, who are involved in this case, it’s about raising awareness so that we stop asking about the murder and kidnapping of people with albinism. In Malawi,” said Chibwana.